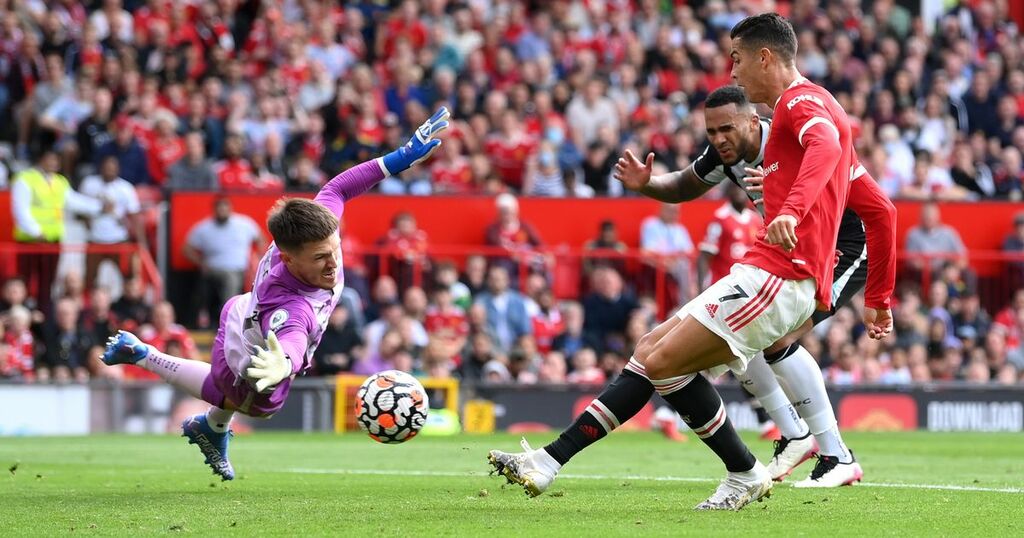 Newcastle United slipped into the relegation places and the travelling Toon Army made their feelings about Steve Bruce crystal clear at the end of this clash at Old Trafford.

The moment any hope of a respectable scoreline, not even a point, slipped away fans chanted for the ex-Red Devils skipper to go.

As Bruce walked down the tunnel a clutch of Toon players made their way to the away end where a "Bruce and Ashley out" banner was unfurled.

It was a difficult end to a day that had at one stage threatened to upstage Ronaldo and co, albeit briefly.

Much was made about Ronaldo's second coming at Old Trafford and the fans were waiting in droves to welcome the Portugal legend back.

It was impossible to escape the obvious storyline as the 36-year-old made his first start since arriving back at the club from Juventus.

But could Newcastle find a way of twisting the plot?.

VOTE FOR YOU NEWCASTLE MAN OF THE MATCH HERE

Bruce set about his business and went with a 5-3-2 formation to try to stifle the former Real Madrid star.

A tense opening five minutes went by without any major goal threat for Freddie Woodman, and it was actually Newcastle's number 7 that had the game's first shot as Joelinton fired wide in front of the Stretford End.

But Ronaldo started to get warmed up and began playing to the crowd albeit after falling on his backside after trying an elaborate flick following Ciaran Clark's wayward headed clearance.

Moments later Jadon Sancho fed Ronaldo down the left and after a couple of stepovers he raced past Javier Manquillo before hitting the side netting.

A Raphael Varane header from a cheap corner was next to test Newcastle but the ball bounced wide of the post.

The Magpies were using Allan Saint-Maximin's pace on the counter and a break from the Frenchman saw Miguel Almron pick out Matt Ritchie but his effort took a deflection and was gathered by David De Gea.

With 25 minutes played, Bruno Fernandes tried to catch Woodman out with an attempt from the halfway line but the ball flew over the top.

A minute later the Red Devils handed Joe Willock a gift-wrapped chance from a messed up throw-in but he lashed high and wide.

Newcastle were handed another chance on the break as Saint-Maximin countered from a corner to slip in Sean Longstaff but an untimely slip ended any chance of a shock lead before the break.

Yet Man United ensured they stuck to the script as Mason Greenwood was allowed to get a shot away which took a deflection before hitting the chest of Woodman.

The ball dropped kindly for Ronaldo who converted from close range to make it 1-0 in first half injury time.

It was a harsh moment for both Woodman and Newcastle after keeping the Red Devils at bay for the opening 45 minutes of regulation time.

Newcastle did not look undeterred when they emerged for the second half.

A slow build-up of pressure culminated in a moment that sent the travelling Geordies into raptures.

Almiron spun past two players in the middle of the park before driving down the left.

His pass found Saint-Maximin who in turn picked out the overlapping Javier Manquillo before he drilled home to beat De Gea and equalise on 56 minutes.

Paul Pogba rolled the ball across to Luke Shaw who strode forward before finding Ronaldo again.

With the poise and balance of the world class forward he is, he was able to strike the ball through Woodman's legs and make it 2-1 in front of the Stretford End on 62 minutes.

There was at least a reaction from Newcastle as Joelinton weaved through and stung the hands of De Gea to force a corner.

Bruce then turned to Jacob Murphy with 15 minutes to go as Newcastle looked for a second equaliser.

Murphy tried his luck from distance after Man United half-cleared a Toon corner but the ball was gathered by De Gea.

With that moment went Newcastle's fading hopes of netting a point appeared to go with it.

A Man United break saw Pogba thread a pass to Fernandes and with the ex-Sporting Lisbon ace allowed time and space to pick his spot he struck it majestically past Woodman.

By the time the game settled down the Newcastle fans' verdict was in as they chanted: "We want Brucey out".

The big scoreline many had predicted beforehand was now there for all to see and another Newcastle trip to Manchester consigned to the trash can for the Magpies.