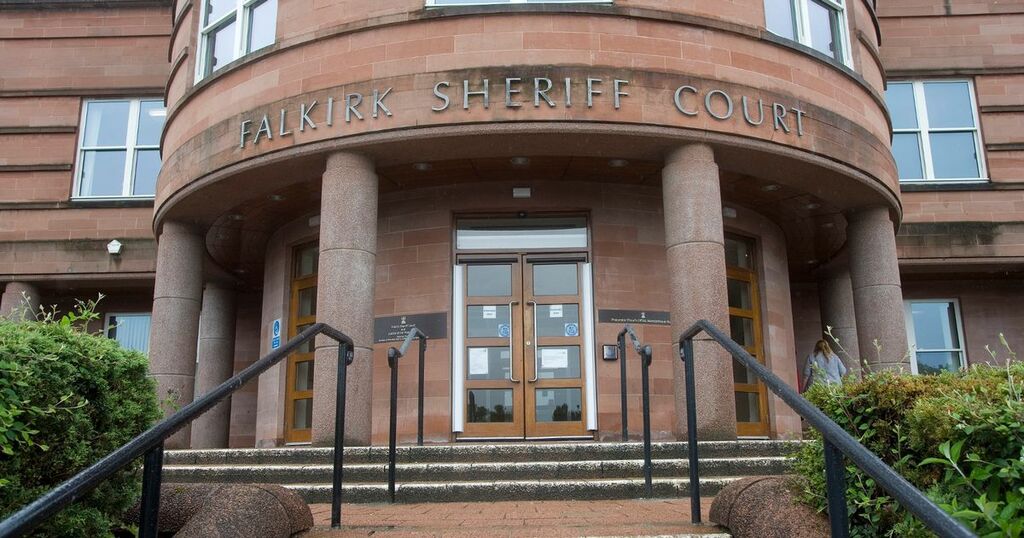 A man was jailed today after an hour-long drama in which he hid hid behind someone's tool shed and had to be doused with pepper spray and threatened with a police dog.

Donald McFadyen, 40, had told officers he intended to cut his own throat during the stand-off.

Falkirk Sheriff Court heard that police were called to his former partner's home in California, Stirlingshire, after he turned up uninvited at ten minutes to midnight, banging at the front door.

She told him she would not open the door, and he went to the back garden, and began banging on the rear windows and shouting.

Police were called by a neighbour and, arriving shortly, saw McFadyen still in the garden, shouting towards Ms Lindsay.

Officers called to him, and he ran off, jumping the garden fence.

An area search took place, and he was found about 45 minutes later in the rear garden of a nearby property, hiding between a shed and a fence, and refusing to come out.

Mr Maguire said: "He was uncooperative and said he would cut his neck if officers came any closer.

"Officers had a police dog with them, and told him they would use irritant spray."

Police became concerned that he had something in his hand, and he was asked to drop it.

When he didn't, PAVA spray was deployed, and McFadyen was overcome and handcuffed.

He was taken to Falkirk Police Station and cautioned and charged - to which he made no reply.

McFadyen, of Denny, Stirlingshire, pleaded guilty to statutory breach of the peace, and disobeying a previous court order not to contact Ms Lindsay.

The incidents occurred on September 8th this year (2021).

He told McFadyen: "It is necessary to drive home to you that your conduct is completely unacceptable."

McFadyen showed no emotion as he was led downstairs to the cells.