Man threatened neighbour with knife and gun in parking row 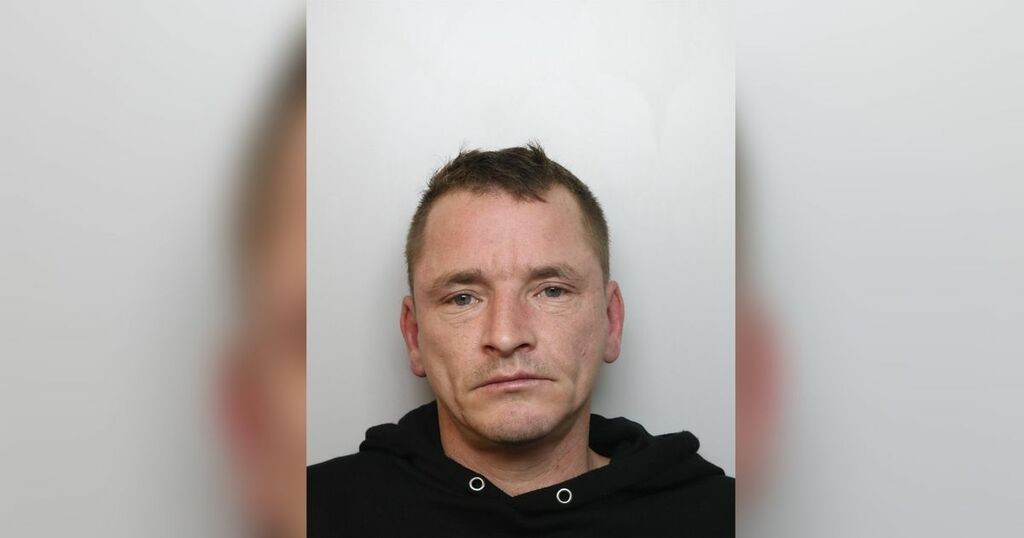 A thug threatened to kill his neighbour as he brandished an imitation gun and knife at him after the man parked outside his home.

Liverpool Crown Court heard that Carl Sullivan, who was high on drink and drugs, began shouting at the innocent driver, Florin Niga, from his window to move his vehicle.

Paul Blasbery, prosecuting, said: "When he asked why the defendant was just insistent that he had to move it so he moved his car over to the other side of the street. The defendant then shouted 'come in here'."

Mr Niga declined and said he was going into his own house and Sullivan said: "If you are not going to come then I will kill you." He had a gun in his left hand and a knife in his right hand.

Mr Blasbery said: "He pointed the gun at Mr Niga's head through the window. He then came downstairs and outside into the street with the knife and gun, still shouting 'come here or I'll kill you.'

"He was scraping the knife on the wall outside and each time Mr NIga moved the gun was pointed to follow all his movements."

Sullivan went back inside and Mr Niga decided to run away and hide round the corner but he was still able to see Sullivan's home.

Mr Blasbery continued: "He describes the defendant going back out a few minutes later as if looking for him and was still scraping the knife on the wall. He went back inside and he saw the defendant on the telephone in the window.

"Mr Niga got into his car and drove immediately to nearby Warrington police station where he was met by officers and told them what had happened.

"He describes the incident as really scaring him and he was shaking when the gun was pointed at him as he had no idea if he was going to kill him."

Liverpool Crown Court heard today (Fri) that officers went to the address in Suez Street, Warrington, after the incident which occurred at about 3.30am on October 9 last year.

Sullivan, 35, who was "extremely drunk," had left the premises and discarded the weapons in the town centre. He was located and arrested and largely made no comment when interviewed.

Mr Blasbery said that the gun had been an imitation gun, a 9mm air pistol and no pellets were found with it.

Sullivan, of Suez Street, pleaded guilty to possessing an imitation firearm with intent to cause fear of violence, possessing a knife and possession of cannabis.

The court heard he had five previous convictions for 11 offences, including two for possessing knives.

Melina Bennett, defending, said that Sullivan could not remember much about the incident but she pointed out that the gun could not have been fired as parts were missing.

She said: "He had received divorce papers and it distressed him enormously losing his marriage and he used the only coping mechanism he knew which was consuming copious amounts of drugs and alcohol.

"He took some sleeping tablets to bring him down and let him sleep. He cannot understand why he committed these offences."

Miss Bennett told the court that his life since 2020 had been in a downward spiral. His marriage broke up and he lost both his parents within six months during the pandemic lockdown and had also lost his grandmother six months before those bereavements.

She said: "Unfortunately he was not coping and was not grieving for the people closest in his life and the only coping mechanism was by blunting the whole grieving process by consuming a lot of drugs and alcohol.

"He had taken drugs previously but nothing like the amounts which he used and built up an enormous debt to drug dealers."

Miss Bennett said that he has been on a detox course while on remand in prison and plans to use his time inside to turn his life around.

He had been diagnosed with bi-polar disorder some years ago but records confirming this have not been found, she added.

He told Sullivan: "Offences relating to firearms are very serious and you now understand I'm sure that waving around a firearm, imitation or not, and the carrying of what looks like an extremely unpleasant knife cannot be allowed to happen."