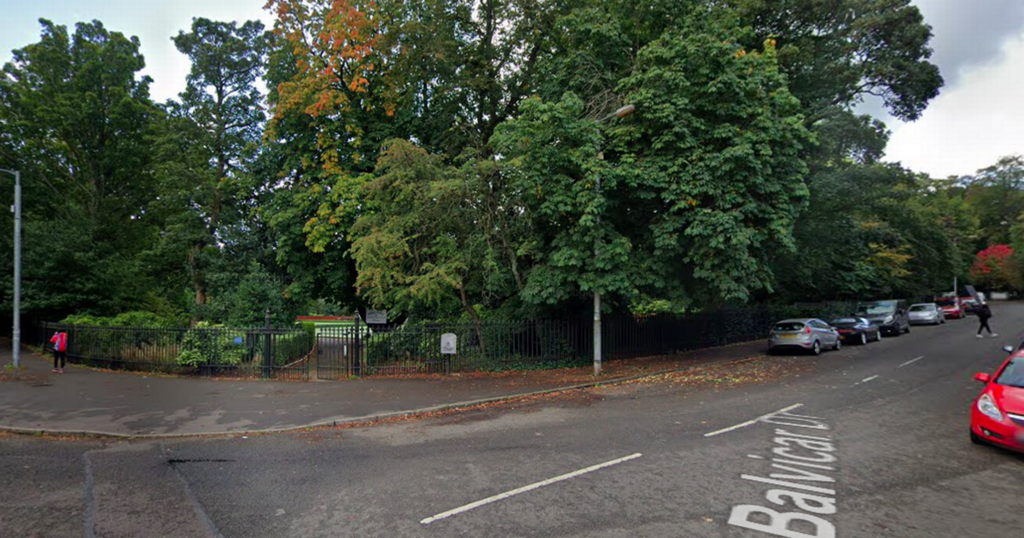 A 27-year-old man has been rushed to hospital with serious injuries after being stabbed by a gang of youths in a Glasgow park.

The man was walking through the city's Queen's Park with his girlfriend around 8pm on Wednesday evening when they got into an altercation with a group of teens near the bandstand area.

The gang, of approximately 15 people, then launched a vicious attack on the man by punching and kicking him before one of the youths stabbed him.

Members of the public rushed over to help the man after the assault.

He was taken by ambulance to Queen Elizabeth University Hospital where he remains for treatment.

Medical staff describe his condition as serious but stable.

After the attack all of the youths, including the stabbing suspect, fled the scene and ran up the hill in the park.

All are described as Asian in appearance, with dark hair and were wearing dark clothing.

They are thought to be aged between 14 and 16 years.

Police have launched an urgent appeal for information following the attack and are urging anyone with information or footage to come forward.

Detective Constable James Johnston, Cathcart CID, said: "Although initially there was an altercation, there was absolutely no reason for this level of violence and for the man to be stabbed.

"Thankfully, a number of people came to the aid of the man and his partner and called an ambulance.

"I believe the park, as it was a warm evening, would have been busy and so I am keen to hear from anyone who may, for example, have either captured the incident on their mobile phone or who may have footage of people in the park around the time - between 7.45pm and 8pm.

"Their information could prove very helpful to our enquiries."

Police can be contacted regarding this incident on 101, quoting reference number 3645 of 8 September, 2021.

Alternatively, Crimestoppers can be contacted anonymously on 0800 555 111.