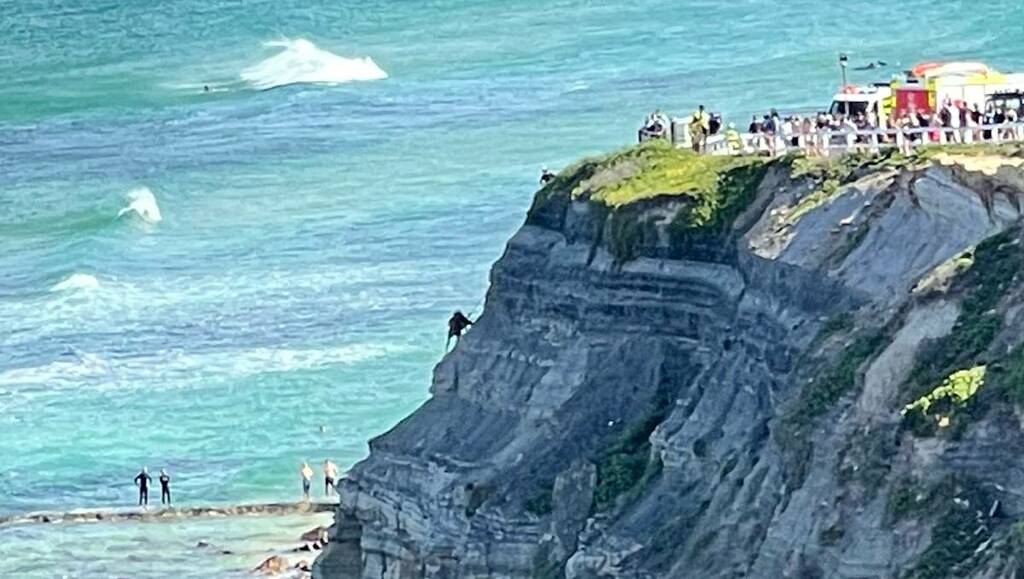 A 25-year-old man was rescued from a cliff at Bar Beach car park on Sunday.

NSW Fire and Rescue crews from Newcastle and New Lambton arrived at the scene at 1.30pm.

Police and ambulance quickly followed following reports the man may have been seriously injured.

Ropes were used to lower rescuers about five metres to where the man was located.

It took about 30 minutes to retrieve the man from the cliff and return him to the car park.

He sustained cuts and abrasions that were treated on the scene.

Police spoke to the man but it was not clear how he became trapped.

In a separate incident, a 16-year-old girl and her father were rescued from the Warriewood blowhole north of Sydney on Sunday afternoon.