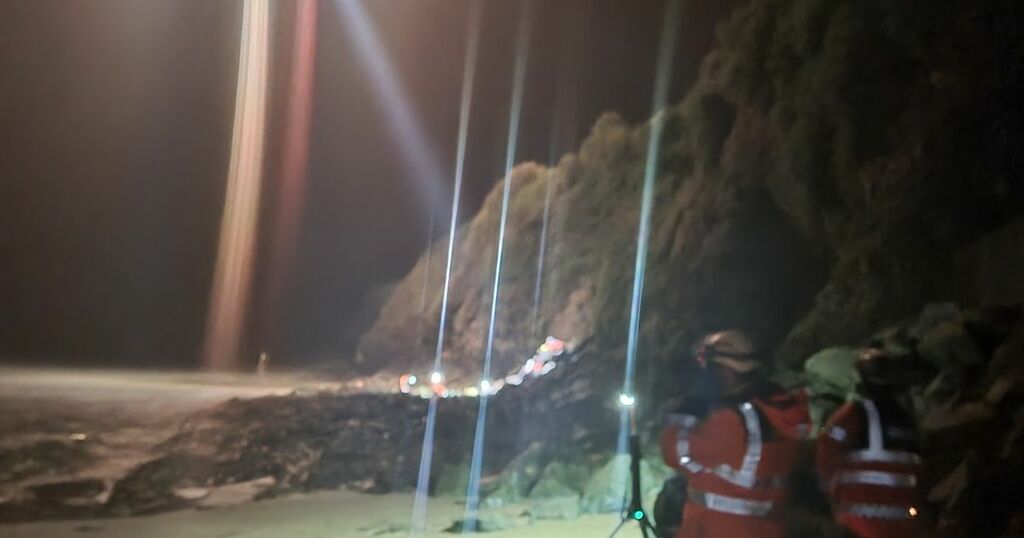 A man was airlifted to hospital following a dramatic rescue operation in Co Waterford.

Tramore Coast Guard were alerted at 11pm on Sunday night that a man had called in the Ladies Slip cliff area of the popular seaside town.

They were joined by Tramore RNLI volunteers as well as the Rescue 117 helicopter.

Members of the RNLI and Coast Guard teams administered first aid to the injured man.

Following this, paramedics from Rescue 117 winched down to the cliff base to further assess the man's condition.

They then immobilised, packaged and stretchered the man to an ambulance that was waiting nearby.

He was then transported to Waterford University Hospital for further assessment.

A spokesperson for Tramore Coast Guard thanked their team after the "difficult" rescue.

They said: "Fantastic team work and effort was put into this difficult extraction as the casualty was in a very difficult to reach area of the cliff base. Well done everyone.

"Remember if you see someone in difficulty on the water, shoreline or cliffs call 112/999 and ask for the Coast Guard."