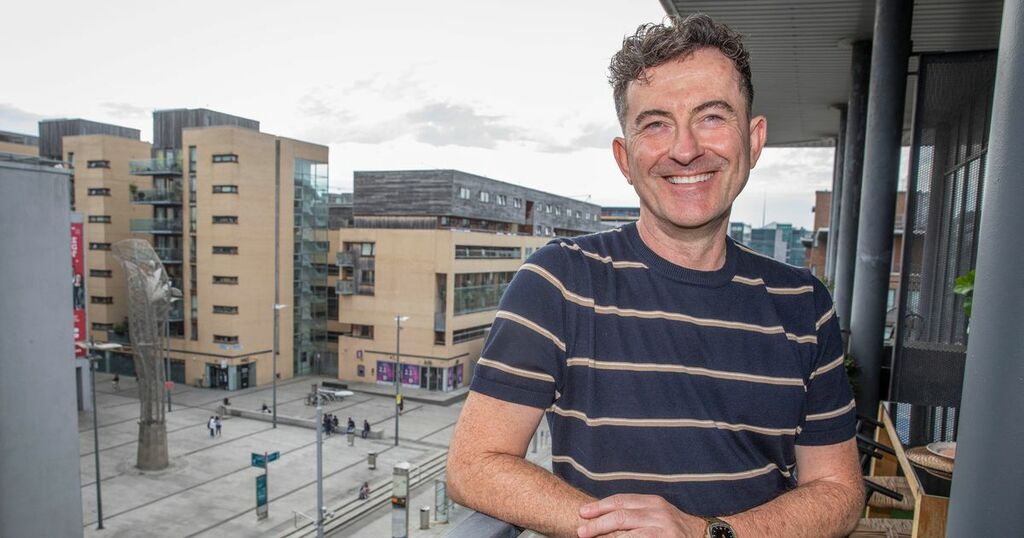 A creative entrepreneur told how he’s raffling off his luxury penthouse in Dublin to start a movement against the vulture funds and pay his luck forward.

Mayo native John Goodwin hit the big time becoming a creative director of Cirque Du Soleil with a staff of 150 and now he wants to give back.

Setting up a production company with Brian Cranston of ‘Breaking Bad’ fame, John has made it his mission to help creatives and rising film makers to achieve their dream.

Disillusioned with vulture funds buying up posh pads around the IFSC, John is on a mission to help those desperate to buy a home in Dublin but can’t afford it.

Raffling off his IFSC penthouse on winapenthousedublin.com has already gained traction, with over 3,500 tickets bought. There are 20,000 tickets overall available.

John, told the Irish Mirror: “The focus is to get the word out to everyone, I’ve done a couple of low key stuff.

“The end of October is the drawdown date.”

A self-confessed property junkie, John renovated his penthouse and it was the winning property on the hit USA TV show, House Hunters International 2019.

His home featured in Season 134, Episode 13, as Liffey Runs Through It.

Set back from the River Liffey, just off the Samuel Beckett Bridge, and along Excise Walk, the three-bedroom fully furnished property is roomy in size at 134 m2 (1442 sq. ft).

John explained why he’s doing such a quirky sale: “The reasons I’m doing it are layered; all the apartments are getting snapped up by cuckoo funds and investors, everything available and renting it out the next day.

“I’m a creative soul, I come from the entertainment industry.”

During lockdown, he began soul searching and decided not to see his apartment in the usual way.

He said: “I was going to sell it pre-pandemic, I had so many friends saying I’d love to buy your home but I simply can’t afford it.

“I had seen raffles to help GAA pitches, so I wanted to see what I could do as an individual.

“I found a company called Raffall, they manage ticket sales and they select the winner.

“When I was younger I’d be home in Ireland where the docs were all being developed in the Celtic Tiger Days.

“I remember being a young guy going into the marketing suite dreaming of living in Dublin.

After John ran away with the circus, he came home a self made man.

He said: “I ended up running away with Cirque du Soleil.

“I had a great fiscal career, it was wonderful, so I want to give back now.

“I was lucky and took a lot of opportunities that came my way, with the apartment I was thinking, if I got this break when I was younger, I’d love to give it to someone else.

“I’m not looking to make a profit, the PR campaign is all coming out of my back pocket, I just want to cover my costs and make someone’s dream come true.”