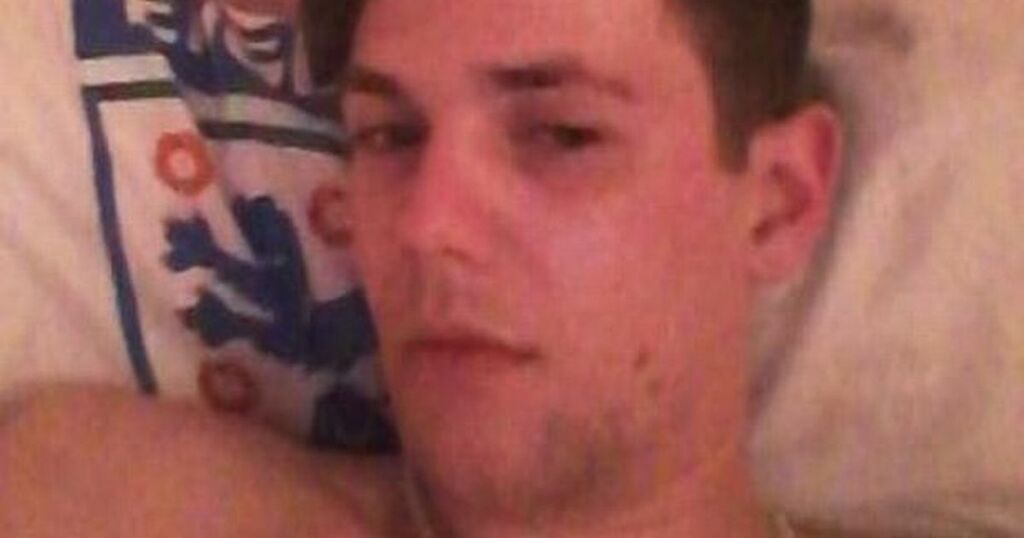 Violent prisoner posts Facebook status to update pals from jail cell
Prisoner Daryl Abbey, 27, posted a status to Facebook to inform his friends that he had been jailed for 12…

A violent prisoner took to Facebook to update his friends that he had been jailed for 12 years after weapons were found in his cell. Convicted robber and knifeman Daryl Abbey even used the social media app to give his family and friends a special happy new years message to let them know how long he had been behind bars.

On the post he said: "I'll see you all when ever I see ya." And gave a well-informed guess about when he was likely to be released. While in prison, Abbey skilfully adapted an "innocent" paint roller to be a used as a weapon for his own protection and was later found with a 12-inch iron bar hidden under the bed in his cell, Hull Crown Court heard.

Abbey, 27, admitted possessing two offensive weapons while in Hull Prison on December 20, 2020 and on March 28 last year. He was in custody on remand at the time that the weapons were found but, in June last year, he was jailed for 12 years for wounding with intent and robbery.

Hull Live reports that on July 9, Abbey posted a message to his Facebook account telling his friends and supporters: "Just to let everyone know just been sentenced 12 year done 21 month out June 2028." He did not say what the offences were, prompting one of his friends to ask: "What for mate?" - with a shocked face emoji. The man added in another message: "Hope your ok".

Abbey posted a New Year's Eve Facebook update last year saying: "So 2022 is in a couple of hours another year done 6 an half left (78 months) I'll see you all when ever I see ya."

In court, Stephen Welch, prosecuting, said that a supervising officer at Hull Prison went to see Abbey in his B wing cell to ask him about his poor behaviour the previous evening and night. Abbey told him: "Get the f*** out of my cell" and reached under his mattress.

The officer punched him on the side of the head as a pre-emptive strike and called for assistance. Abbey pulled out a weapon, a paint roller that had been straightened out and sharpened to a point. The officer punched Abbey to the head several times and he was joined by other staff, who restrained Abbey and seized the weapon.

In the second incident, Abbey was found unconscious in his cell and appeared to be under the influence of drugs. Medical help was summoned and he came round soon afterwards. He went to a care unit with help from staff. A search of his cell revealed a 12-inch, L-shaped iron bar under his bed. The metal bar had been pulled from a window and Abbey layer said that he believed that it was better to hit someone with this than him being stabbed.

"He had been moved to a different wing in the prison but was still terrified that another person would come at him with a weapon," said Mr Welch.

Abbey had convictions for 27 previous offences, including being jailed for four years in June 2014 for robbery and being jailed for 16 months in October 2019 for possessing a blade. The 12-year jailing in June last year was for an attack involving stabbing somebody with a machete.

Jane Cooper, mitigating, said that Abbey had been moved from Hull Prison to another jail after the incidents. He was later in Strangeways Prison, Manchester, but against his wishes, was returned to Hull ahead of the court case.

Abbey had been hit by the prison officer and pulled out the weapon from under his mattress but there was no suggestion that he had brandished it. "He was in an unsettled position," said Mrs Cooper. "He is in a far more settled position."

Judge Sophie McKone said that the paint roller had been adapted to make a "highly dangerous weapon" from an innocent article. "You had taken the time and effort to create something which could cause serious harm or death to another person," said Judge McKone.

"You pulled out that paint roller that you had adapted and that must have been very frightening for that officer to see that weapon. You did not learn from that."

Abbey was later found with the 12-inch iron bar. "It's a weapon that could have caused serious injury to a member of staff or a prison inmate," said Judge McKone. "Both those weapons could have led to further violence and lawlessness in prison. It's hard enough for prison officers to do their job without having to deal with prisoners who are armed and are prepared to use weapons."

Abbey was jailed for a year, to run consecutively to the 12-year sentence that he is already serving.

Violent prisoner posts Facebook status to update pals from jail cell
Prisoner Daryl Abbey, 27, posted a status to Facebook to inform his friends that he had been jailed for 12…