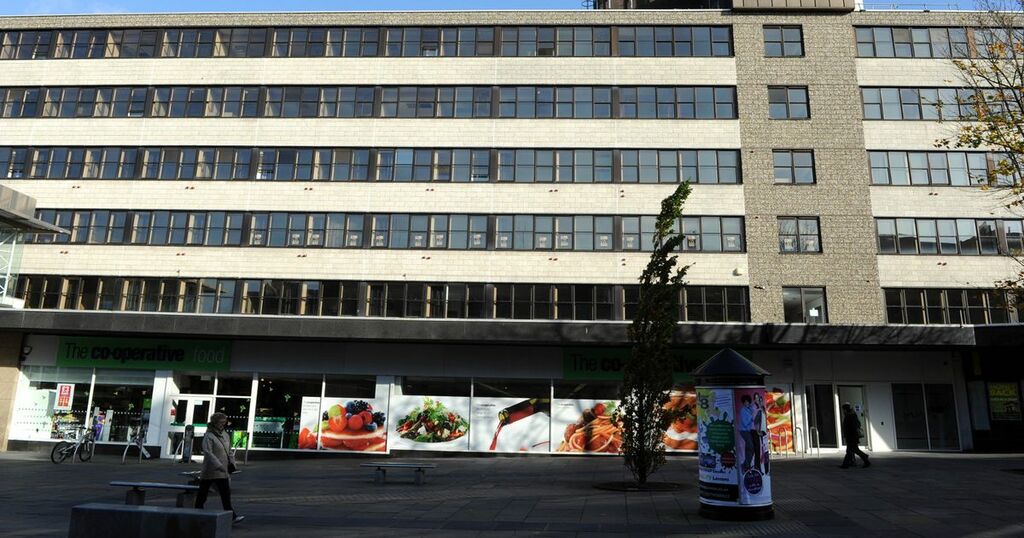 Heroin addict stole bike and packet of raw chicken from Paisley student accommodation
Kevin Heggarty also threatened to stab a student in the eye with a pen.

A bungling thief was nabbed as he tried to push a stolen safe along a street in a shopping trolley.

Hapless Thomas Patterson was spotted hauling the heavy safe, which contained £8,000, and expensive bubbly he’d pinched from a Renfrew restaurant

The 33-year-old thief, who is due to become a dad, broke into Luna Rossa in the town’s Canal Street in November last year in a bid to fund his drug habit.

Moments later cops were alerted as he “struggled” along Fulbar Road trying to push the cargo in a trolley.

Patterson, described as a prisoner of Low Moss, had only been released from prison 13 days prior to the break in which saw him smash a kitchen window at the restaurant with an oxygen gas bottle.

The crook, who has a string of convictions for matters of the same nature, also managed to conceive a child in the short time he was free but yesterday at Paisley Sheriff Court, Sheriff Erroch QC ordered him back to custody for over two years.

Procurator fiscal depute David McDonald, told the court: “Around 7.25am November 30, the accused attended at the restaurant and smashed a rear window using an oxygen gas bottle that was sitting within the rear yard.

“He then removed a wooden trim from another door and gained entry to another room where the safe was located.

“Patterson then attempted to gain entry to the safe by use of a large screwdriver, and then he has taken £24 in coins found to be within a till drawer within the safe room area.

“From within a fridge in the office, the accused took three bottles of Lauren Perrier champagne and one bottle of Crystal champagne.

“He left around 9.30am via the rear door taking the unopened safe, bottle of alcohol, coinage and two payslips belonging to employees.”

Court heard that police received a call from a member of the public who stated they had seen a male “struggling with a safe and bottles of alcohol” on Ben Street.

Cops arrived around 10am where they were told by the witness that Patterson had entered a property on Fulbar Street.

Mr McDonald added: “Police entered the common close of the property at Fulbar Street and observed the front door to be lying ajar and the safe from the restaurant and three bottles of alcohol sitting in the hall.

“Police entered and the accused appeared from the living room.

“At 10.15am the accused was cautioned at common law and informed of his arrest.

“Under caution, Patterson stated that he had found the items of property near to the rear of the Luna Rossa restaurant and that he was intending on bringing them to police.

“He was then searched and from his trouser pocket was £24 in coins, a set of keys and two payslips.”

Court heard officers attended the Italian restaurant and found it in a state of “disarray.”

Mr McDonald explained: “The owner confirmed that three bottles of Lauren Perrier champagne valued at £80 each were missing.

“One bottle of Crystal champagne valued at £250 was missing, a safe valued at £500 and one double glazed window valued at £300 was damaged.

“At this time it was unknown the exact amount of cash was within the safe as a locksmith wasn’t able to attend.

“Once a locksmith attended, the cash inside was counted in the presence of police, totalling £8,170.”

Mr Cavannagh said: “There are 671 days left of an unexpired portion.

“He was liberated just days before this offence on November 17, 2021.

“During his time in prison he was introduced to street Valium and this incident was to fund that habit.

“In the 13 days at liberty his partner became pregnant and she wishes the relationship to continue.

“They are both aware he will be in custody when their child is born.”

Sentencing, Sheriff Bruce Erroch QC said: “Given the nature of this offence and your record there is no alternative to a period of imprisonment.

“It’s a serious crime to break in to commercial premises where people work hard to make a living.”

Sheriff Erroch QC ordered Patterson to serve the 671 days of his unexpired jail sentence, and then ordered he consecutively serves seven months behind bars.

RenfrewDavid McDonaldPrisonPaisley Sheriff Court
Sign up to read this article

Heroin addict stole bike and packet of raw chicken from Paisley student accommodation
Kevin Heggarty also threatened to stab a student in the eye with a pen.