A landowner and events manager who have been hosting weddings on the greenbelt without planning permission have spoken out as the council considers enforcement action. Nearby residents had been complaining over the "unauthorised" wedding venue in a wooded clearing near Arnold but the landowner argues it is "not the crime of the century" and enforcement is a waste of time.

Stuart Mills, who owns a forested clearing off the A60 Mansfield Road known as Ramper Covert, has been working with events manager James Aspell to host weddings on the site under the company name 'Sherwood Glade'. Mr Mills has been attempting to get permanent planning permission as far back as 2020, however Gedling Borough Council has consistently turned his plans down due to the impact on the greenbelt.

Mr Mills has therefore been hosting events on the site under temporary use legislation. This General Permitted Development Order (GPDO) allows a landowner to use the site for activities without planning permission, but only for a certain amount of time.

This period of time was temporarily extended to 56 days, but this year it reverted to 28 days. Complaints over the use of the site had been received on numerous occasions between 2020 and 2021, however initial council investigations found Mr Mills had used the site properly and within his rights.

This year however the council says it has received "near daily emails" from complainants regarding unauthorised activity on the site and investigations have found events are being held outside the 28-day period. Gedling borough councillors will now consider whether enforcement action is appropriate.

'It's not exactly the crime of the century'

"I'm surprised really because [the council] is not really supposed to take enforcement action unless it is in the public interest," Mr Mills says, arguing he will only be holding events on the site for a period of 12 days when discounting the time between each one.

"It is a complete farce. We own 30 acres there. Those rules are to protect the greenbelt but we said as part of the proposals we are going to plant around 2,000 trees.

"They permitted 28 days, but they are counting non-use days as one of those. It's not exactly the crime of the century.

"The nearest property is half a mile away. The type of weddings we have there do not have rock bands, these people want a quiet wedding in the woodlands, they want the nature.

"The wedding season ends in August so by the time they come up to take enforcement action everything will be gone. It is a waste of time. Come the end of August we just drop it all and clear off site, and next year we have got another 28 days before the council can take action anyway."

Questioned whether the council was taking action as to stop precedent being set Mr Mills added: "It is extra wear and tear on the woodland if we keep taking everything off the site and putting it back on.

"The site is very unusual. It would not set precedent because the site is unique."

James Aspell, who is the owner of the 400 Rabbits bar in Nottingham, is the head of events for Sherwood Glade, the company which hosts the weddings on the site. Despite potential enforcement action Mr Aspell says all weddings which have been booked in this year will still be taking place.

He adds: "I run the events on the site. We've been working with Stuart since 2020 and we have been running these under the 56-day rights.

"This year we applied to make that more permanent. We were going to be using solar energy and it would be environmentally-friendly, but Gedling Borough Council has completely and inexplicably turned it down.

"It is now at an appeal stage. We cannot understand why they can think they can take enforcement when we have got that application pending appeal. It seems a complete waste of the council's time and resources."

Mr Aspell says he is confident in the appeal and says they have already had support from Sherwood's Conservative MP Mark Spencer who called Sherwood Glade a "forward thinking business" in a letter of representation.

'This has been going on for three years now'

It has been a long-running saga involving Mr Mills and the council. Mr Mills says it "has been going on for three years now" and Nottinghamshire Live has been following the developments as far back as 2020.

The story began in August 2020 when the council received a complaint alleging the site was being used for events without planning permission with associated buildings having been constructed and the access widened. Upon investigation the officer concluded that the events being undertaken met the parameters permitted under legislation known as the General Permitted Development Order (GPDO) 2015.

Under this legislation land is allowed to be used by its owner for activities and events for 28 days. Alterations to the Town and Country Planning (Permitted Development and Miscellaneous Amendments) (England) (Coronavirus) Regulations 2020 then meant landowners could extend this period to 56 days for a temporary amount of time.

At the same time the council was investigating, a planning application for a permanent campsite was being considered, but this was turned down and an Mr Mills appealed the decision. But it was deemed the temporary use of the land for events had not exceeded 56 days, the council says, and the file was closed due to there being no identified breach of planning control.

Then a complaint was again filed in June 2021, when the site was being used within the permitted 56-day period, and then again in August, by which time the permitted 56-day period had expired. The appeal to get the planning application through, however, was dismissed as it was deemed it would have a "harmful" impact on the openness of the greenbelt.

In February of this year, a new planning application was submitted for the creation of a 'green' wedding events space which would be carbon negative. And in April the council was alerted that equipment had been placed on the site for wedding events.

Under the GDPO for 2022 however the owner was only given 28 days, rather than 56. By June the buildings were still on the site and the council emailed the landowner and events manager stating they should be removed immediately.

In July emails were sent to the owner and operator of the site clarifying the council’s position with regards to potential enforcement action. Despite this the unauthorised use of the site continues to this day, the council says.

'Despite warnings the site operators have continuously breached planning requirements'

Gedling Borough Council says up to 40 vehicles have been reported on the site at one time, with other complaints detailing loud music playing into the evening and campervans staying overnight. According to the Sherwood Glade website customers have exclusive hire of the woodland including "use of our Giant Hat Tipis, rustic bench seating for up to 120 people, onsite toilets, lighting, electricity and water supply".

A council spokesman added: "The council has a duty to consider taking enforcement action against developments that do not have the required planning permissions. There have been numerous complaints about excessive numbers of vehicles on site, loud music until late in the evening and campervans staying at the site overnight, which the council must respond to.

"The council has refused several applications for the site due to the impact upon the Green Belt, traffic concerns, and the detrimental impact on the woodlands and trees. Appeals have previously been made to the Planning Inspectorate and they have been dismissed.

"Despite warnings from the council, the site operators have continuously breached planning requirements, and as such officers recommend that the Planning Committee agree to take enforcement action at this site as soon as possible." 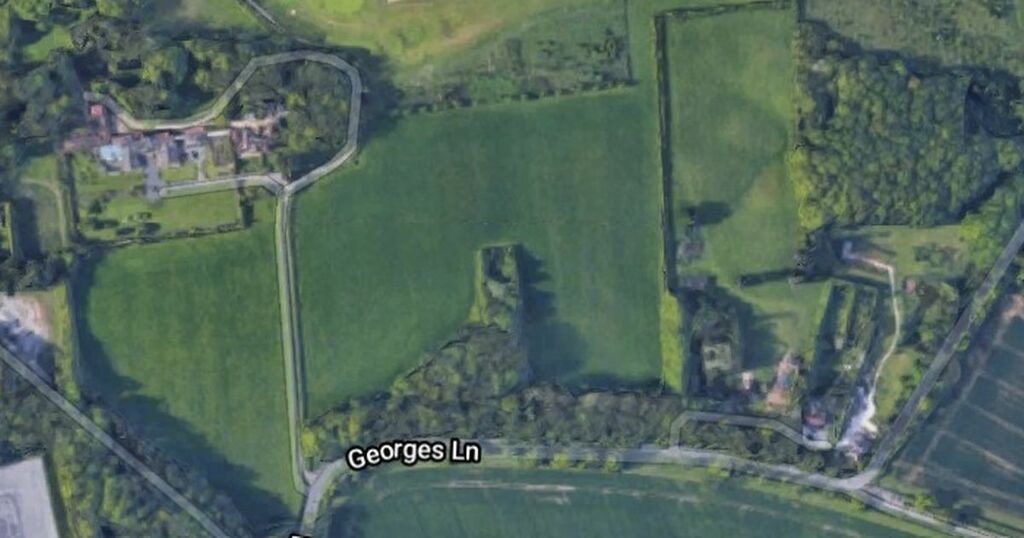 Nottingham Post
From analysis to the latest developments in health, read the most diverse news in one place.
More homes and new shops set to be built in Calverton despite opposition

There has been opposition from Historic England and the area's MP

The building is planned to be located at Top Wighay Farm

Daily Record
One place to find news on any topic, from hundreds of sites.
Hucknall cocktail bar to be allowed to host live music after U-turn

Havana Blue, on Annesley Road, was not allowed to host live music events or play songs in its bar due…