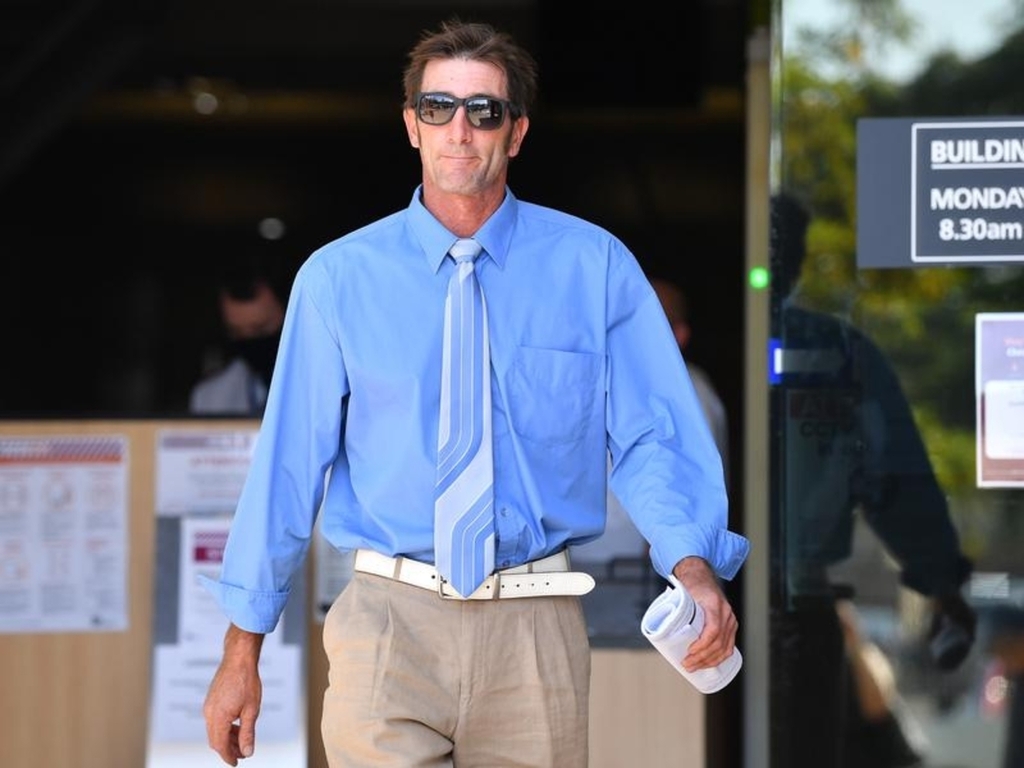 Aaron David Marriage, 44, described on social media as the "Wolf of Bargara", had pleaded not guilty to using a carriage service to make threats to kill on September 14 last year.

He was given a four-month suspended sentence and placed on a two-year good behaviour bond.

Marriage was clearly still frustrated by the border closure which prevented him from seeing his son in NSW, Southport Magistrates Court was told.

There was no dispute Marriage sent the messages via social media as he threatened to run down police manning the border.

He vowed to drive a truck through the barriers and claimed he "did not care who was killed", the court was told.

He also warned the premier to "get ready for war", with fed-up servicemen and women ready to take up the fight.

"I will personally wipe you from the face of the earth," he threatened.

Marriage said he never intended to carry out the threat as he appeared unrepresented on Wednesday.

"I've run out of money, I can't afford it any more," Marriage told the court.

The former serviceman conceded he said "a lot of bad stuff" which he should not have sent.

"She (the premier) has a job to do, she should do her job," Marriage said.

"You can't just sit there and do what she has been doing. None of us should be personally threatened by the premier.

"They're there to work for us. This is all just just crap."

Magistrate Gary Finger said Marriage was not the only person to be frustrated but the pandemic.

"There would be a lot of people in Australia frustrated by border closures ... You won't be the first and you won't be the last," the magistrate said.

"You have a very strong view and every view should be respected, but this is not the way to go about it.

"You cannot go around sending these messages."

The magistrate said the community should be thankful for Marriage's military service in Afghanistan, but he had taken things too far.

"This was a threat to cause serious harm," Mr Finger said.

Marriage appeared to accept the verdict, saying he understood, but outside court said it was a military officer's right to refuse an "unlawful order".

He accused the media of "printing lies" and ruining his life.

Marriage was placed on a $2000 good behaviour bond for two years.