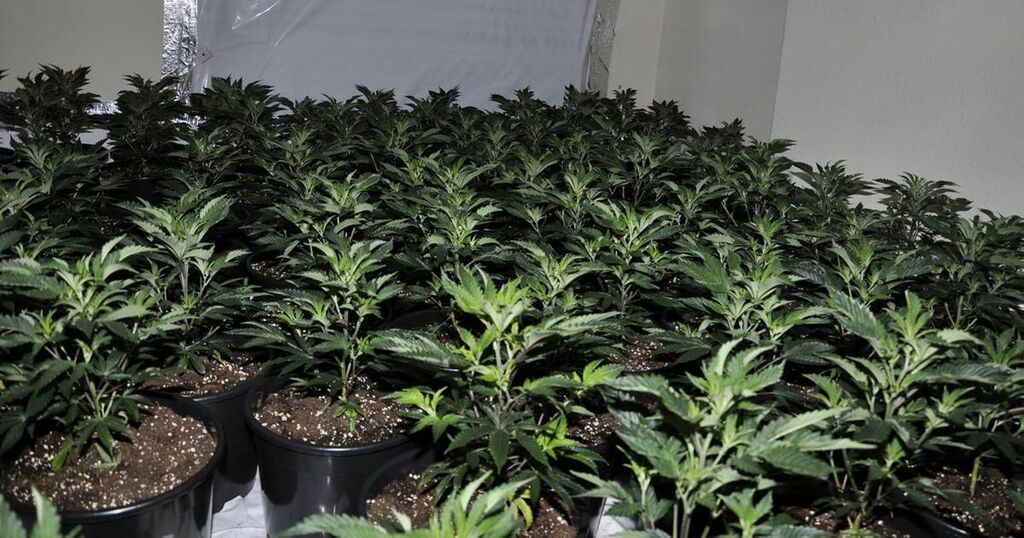 A man found hiding in the garden of a children's centre has been arrested after the discovery of a cannabis farm.

Almost 100 plants have been seized by Merseyside Police after they were found at a home on St Pauls Road, Seacombe, Wirral.

A 30-year-old man from Liscard is currently in custody being questioned following his arrest on suspicion of cannabis production.

The ECHO understands he was found in the garden of the nearby children's centre on the same road.

A Merseyside Police spokesperson said: "We have arrested a man and seized almost 100 cannabis plants following an incident in Seacombe yesterday, Monday, September 6.

"At around 12.35pm, officers were called to an address on St Pauls Road to reports of a suspected cannabis farm.

"Our specialist Cannabis Dismantling Team (CDT) attended and seized 98 plants and equipment and made the property safe.

"A 30-year-old man from Liscard was found hiding nearby and was arrested on suspicion of cannabis production and taken to a police station for questioning. He remains in custody for questioning."

Matt Brown, who leads the CDT, said: "Another cannabis farm seized means the local community is safer place, both from the flood and fire risk, and the serious and organised crime that funds such enterprises.

"Key to our success is information from those who live and work nearby to these potential death traps.

"If you have any information on suspected drugs being grown or supplied where you are, let us know and we will keep taking this positive action."

"It useful to be aware of some of the signs of cannabis growth, and we’ll do the rest."

Merseyside Police has issued a list of some of the signs that cannabis is being grown to look out for and how to get in touch if you suspect drugs production:

• Strange smells and sounds
• Frequent and varied visitors to a property, often at unusual times
• Gardening equipment being taken into a property, such as plant pots, fertiliser, fans and industrial lighting
• Windows are sealed and covered or the curtains are permanently closed
• Heat from an adjoining property
• Birds gathering on a roof in cold weather
• Individually these activities may seem commonplace, however, together may indicate something more suspicious

Anyone with information on suspected drug production or criminal activity in their community can contact Merseyside Police via their Twitter @MerPolCC, call 101 or can come forward anonymously to Crimestoppers on 0800 555 111.