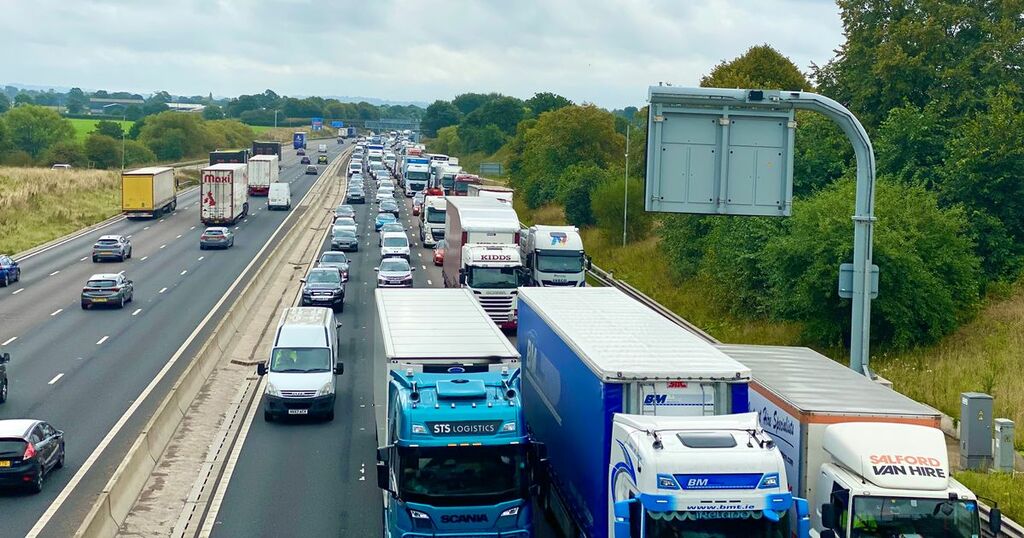 A man has died after crashing the HGV van he was driving on the M6.

Emergency services attended the scene at 4.41pm, on Tuesday, January 11 after reports of a serious crash on the southbound carriageway between J12 and J16.

Once at the scene they found a white HGV had crashed into the central reservation.

Officers have since confirmed that the driver, a man in his 60s, died at the scene.

The road was closed for 12 hours overnight while investigation work and recovery took place.

Police are now appealing for witnesses and video footage following the crash.

A Cheshire Police spokesperson said: "At 4.41pm on Tuesday 11 January police were called to reports of a serious collision on the southbound carriageway between junction 17 to junction 16.

"Officers attended the scene and found that a white HGV had collided with the central reservation.

"Sadly the driver of the HGV, a man in his 60s, died at the scene. His next of kin have been informed.

"There were no other vehicles involved in the incident.

"Enquiries in relation to the incident are ongoing and officers are keen to hear from anyone who witnessed the collision, or anyone with any CCTV or dashcam footage which may aid the investigation.

"Anyone with any information is asked to call Cheshire police on 101 quoting IML 1175380 or report via cheshire.police.uk/ro/report."