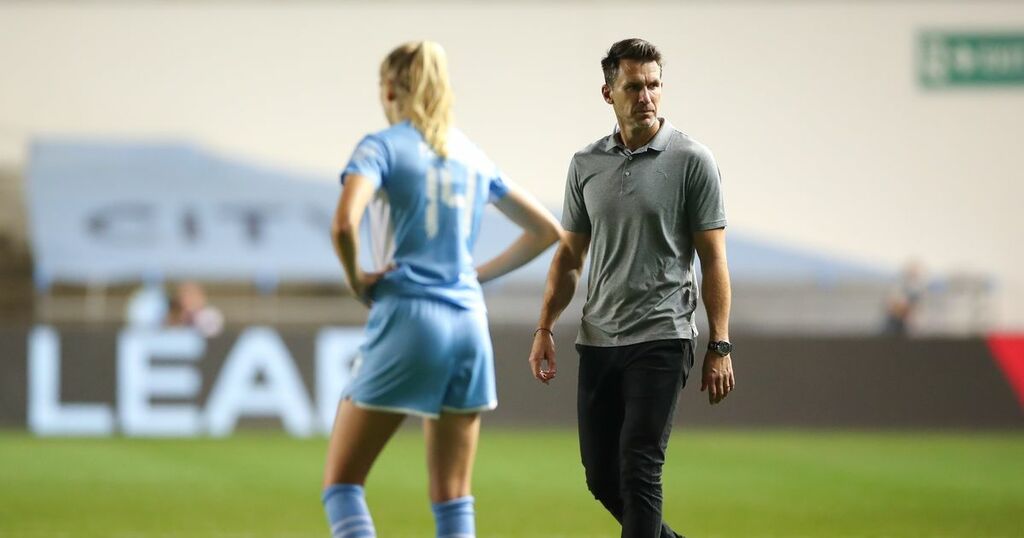 Manchester City Women manager Gareth Taylor has revealed he was in "disbelief" when he heard about the new format for the Champions League.

After reaching last year's quarter-finals, where they were defeated by eventual winners Barcelona, City on Wedensday crashed out of this season's competition before it truly began after a 2-1 aggregate defeat to Real Madrid at the Academy Stadium despite dominating the game and having several chances to score.

The Women's Champions League has this season been given a serious revamp and will have a group stage for the first time in its history.

However, the Blues won't be involved in it after they fell at the first hurdle in the round two qualifying match to earn a spot in the 16-team group stage.

As a result, City have failed to qualify for the competition proper and Taylor has admitted that he wasn't a huge fan of the new format when he learned about it.

"Yeah," he replied when asked if the Women's Super League and the Women's La Liga are strong enough divisions to have two teams each qualify automatically for the group stages, rather than just one.

"When I heard at the end of last season that this was going to be the format I kinda shook my head a little bit in disbelief.

"Teams that have done well in the Champions League have had at some point favourable draws to winning it and it wasn't too favourable for us but we could say the same for Madrid.

"Unfortunately, you're going to lose one good team tonight and these two teams probably deserve to be in the completion in the league format but we were aware of the situation, we knew the rules, and the disappointing this is it has fell on us and we're the ones that have dropped out."

The qualification process has been particularly difficult for City as the first leg in Madrid, a 1-1 draw, was their first game of the season after the Olympics severely disrupted their pre-season. In contrast, Madrid's campaign was already underway.

The Blues have also been without key first-team stars Lucy Bronze, Chloe Kelly and Ellie Roebuck all ruled out.

"I think it was a difficult format this qualification, particularly at the beginning of the season, it was our first game last week," Taylor added.

"It's something that we need to be better at and improve on. But we need to use this as fuel now for the rest of the season. We're now in a situation where we're looking at domestic competitions because we're out of Europe. We need to make sure that we really perform well in those.

"We didn't do any games in pre-season. That was the situation we were in. I think at the end of the day our pre-season preparation wasn't great, especially the Olympics has probably hurt us more than most teams in terms of a return to training for most of the girls, but at the end of the day football is football and if you don't defend in the right manner and you don't take your chances at the other end of the pitch you're always leaving yourself vulnerable like that."