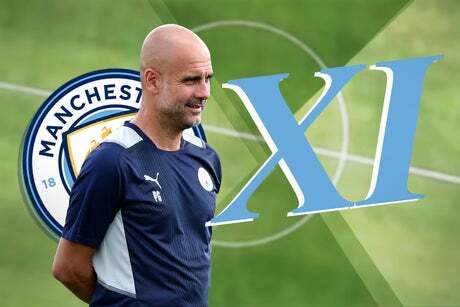 Pep Guardiola has an almost fully-fit squad to choose from as his Manchester City side look to get their Champions League campaign off to a winning start against RB Leipzig tonight - and has recalled Kevin de Bruyne to the starting lineup for the first time this season.

De Bruyne has played only 11 minutes this season after an ankle injury but features from the outset tonight, while Phil Foden, who has not played at all this term due to a similar injury, is on the bench.

Ilkay Gundogan is the man to drop out of midfield to make way for De Bruyne’s return, while Guardiola has also shuffled his backline with Nathan Ake and Oleksandr Zinchenko coming in for Aymeric Laporte and Kyle Walker, meaning Joao Cancelo will switch to right-back.

In attack, Gabriel Jesus drops to the bench as Riyad Mahrez comes in to play alongside Ferran Torres and Jack Grealish.