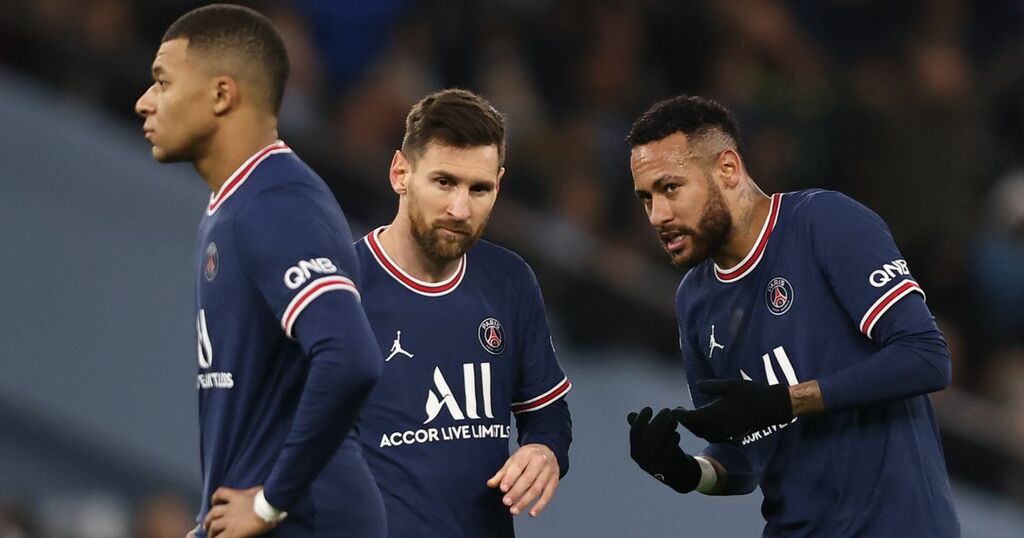 Owen Hargreaves nailed it at the end of Manchester City’s dominant display against Paris Saint-Germain.

" Messi, Neymar, and Mbappe - they'll be walking off the pitch thinking 'I wish I played in a team that plays like that'," said the former Manchester United, Manchester City and Bayern Munich star.

The jubilant Blues fans who were wowed by their team’s display, the ultimate expression of squad unity, cooperation and collectivism, might beg to differ.

PSG, other than being a club revitalised by a Middle Eastern takeover, have evolved into the antithesis of City.

In many ways, they have become the stereotype of a club taken over by a “sugar daddy”, collecting superstar names like Lionel Messi, Kylian Mbappe and Neymar for exorbitant amounts of money, and - seemingly - at the expense of club harmony.

But City have proved that the path PSG have taken is not the only one available to a club taken over by wealthy benefactors, and that it is feasible to have capitalist riches and a socialist squad philosophy.

City’s 2-1 win was not reflective of a night when the Blues’ supreme teamwork, with every player a fully-functioning part in a smoothly-running machine, was just too good for a side over-reliant on three players who - despite their collective excellence in odd moments - remain individuals with a blinkered mind-set.

It was not always destined to be that way for City.

The early days of the takeover in 2008 threatened to take the Blues down a similar path. Sure, their first full transfer window saw solid team players Shay Given, Nigel De Jong, Craig Bellamy and Wayne Bridge arrive to shore up the squad, but the signing of Robinho, on the day Sheikh Mansour stepped in, spoke of a different strategy.

The Brazil international was a major star, but he stood out like a sore thumb at City and, while he conjured up some magical moments and served his purpose as a statement of intent, he was never going to be a roaring success.

There were others being mentioned as targets in those early days, notably Kaka, but including Cristiano Ronaldo and Cesc Fabregas. The fact that the Brazilian eschewed the promise of City’s “project” for the fading glamour of AC Milan tells you that, for all his talent, there was no vision, or sense of challenge.

That challenge WAS picked up in the summer of 2010, when City were still being sneered at as the impending victims of a sheikh’s passing fancy, soon to be dumped back into mediocrity when he tired of his new plaything.

Carlos Tevez set the standard for future signings. For all his off-field wrangle with the equally headstrong Roberto Mancini, Tevez was perfect for City - and would be perfect for Pep Guardiola.

He was as talented as just about anyone out there, but he was also a player with a Bernardo Silva-like work ethic and an Ilkay Gundogan-style sense of team.

Forget his falling-out with the manager - once he crossed the white line, Tevez gave 100 per cent in every game.

He was a great player without ever truly being a superstar, and in some ways set the template for future City signings.

Despite all the chatter about City ruining football by buying up the best players, they have NEVER signed a Neymar or Mbappe, or paid the kind of wages Messi commands - although that consistency would have been sorely tested had Messi decided to leave Barcelona in the summer of 2020, when the Blues headed the queue of clubs carefully watching his Barcelona fall-out.

Check out the players City target, and they meet certain criteria.

None of them have a reputation for rampant egos, none of them are given over to blowing their own trumpet on any form of media and, crucially, none of them were right at the top of their game when they arrived at City.

The Blues have always purchased potential - Kevin De Bruyne, Bernardo Silva, Ilkay Gundogan, Raheem Sterling, Ruben Dias, Ederson, Joao Cancelo and a dozen others were all very good players when they joined City. But none of them were superstars.

Crucially, they have all risen to fulfil their potential under Guardiola’s guidance.

All of those players were signed for sizeable fees, but are now worth significantly more. They were bought purely for football reasons, but they also made good financial sense, as every one of them is now worth much more than they were when they signed.

The same cannot be said for PSG’s star names. Neymar is not worth £198million, Mbappe would not command £163million if he moved on, and Messi is only worth the immense wages he costs because of the enhanced profile he gives PSG in the global football market.

People chatter about City’s spending, but they buy assets whose value appreciates, while PSG collect baubles they could only sell at a loss.