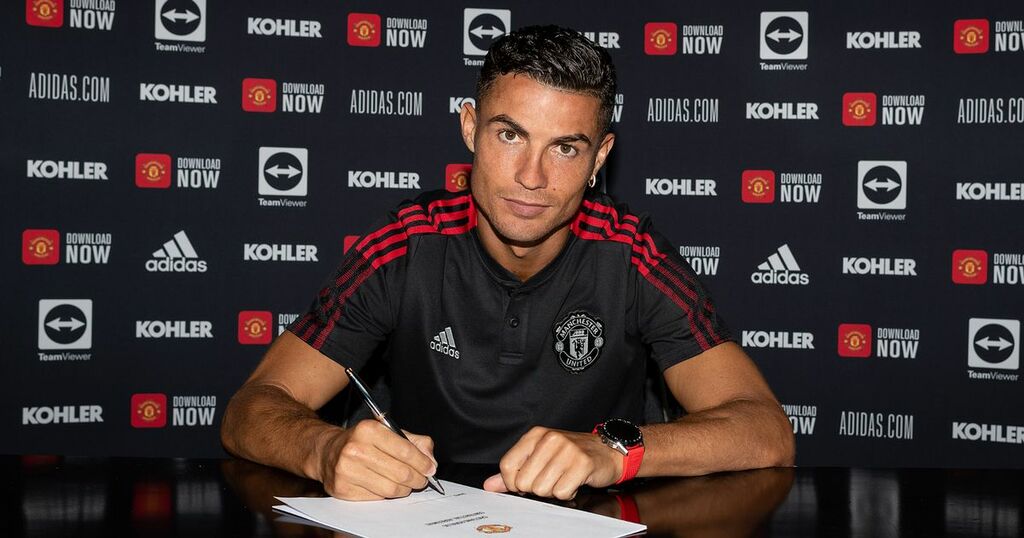 Manchester United made their local rivals look like fools by beating Manchester City to the signing of Cristiano Ronaldo, according to Alan Shearer.

Ronaldo reportedly agreed to move to the Etihad late in the transfer window as he pushed to leave Juventus after three seasons.

But in a dramatic late twist, Ronaldo had a change of heart thanks to input from his former United manager Sir Alex Ferguson and other ex-teammates.

Shearer insists the 36-year-old "was never going to Man City" once the Red Devils intervened, making the Sky Blues look "like mugs" in the process.

"They played City like mugs," Shearer said of United on BBC’s Match of the Day Top 10 podcast . "He (Ronaldo) was never going to Man City.

"Man United could never, ever have allowed Cristiano Ronaldo to go to Man City.

"I know the Man United owners are on a sticky wicket at the moment but that would have been the end of them.

"I just thought he was never going to go to Manchester City."

Shearer's claim United's owners, the Glazers, are "on a sticky wicket" refers to growing unrest amongst the fanbase over the last year.

Co-chairman Joel Glazer was one of the founding fathers of the ill-fated European Super League in April, which led to protests outside Old Trafford.

Some supporters are also discontent with the direction of the club under manager Ole Gunnar Solskjaer, who was handed a lucrative new deal in July but has led the Red Devils to three defeats in their last six games.

Is Cristiano Ronaldo the best player in the world right now? Have your say in the comments.

The Glazers risked further wrath from fans by offering to sell 9.5million United shares worth £140million earlier this week, with the club set to receive none of this sum.

Despite the mounting turmoil, Ronaldo's return has proved a huge success so far, with the five-time Ballon d'Or winner scoring five times in his first six games.

This comes as no surprise to Shearer, who added: "They (United) can’t lose in this situation.

"Ole Gunnar Solskjaer might lose his job if they don’t win a trophy but for Man United, they sold Dan James for £25million and they bring Ronaldo in for under it.

"I know his wages are astronomical but so they should be, he deserves them. For them to get him is a no-brainer in the situation they’re in."

Ronaldo is currently away with the Portuguese national team, who face Qatar in a friendly on Saturday and Luxembourg in a World Cup qualifier next week.