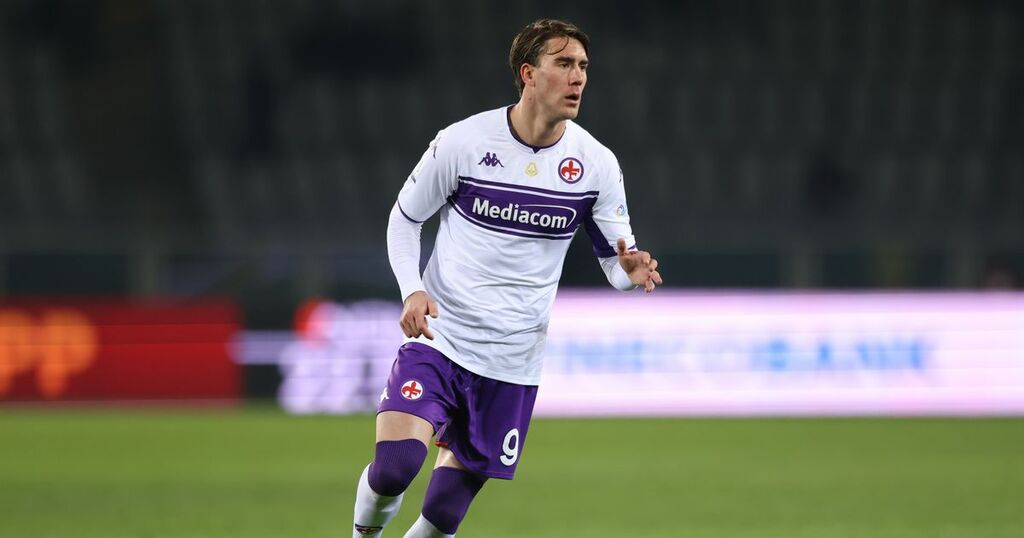 Fiorentina have provided further information on the future of their striker Dusan Vlahovic amid growing interest from Manchester City.

The Serbian international is attracting interest from a whole host of Europe's biggest clubs, with Arsenal, Juventus and Manchester City all seen as likely destinations.

According to reports relayed by Football365, Fiorentina want “the majority of their €75m asking price up front'' if clubs wish to enter into negotiations with the deadly forward.

Arsenal reportedly remain favourites to land the striker later this year, with qualification for European football also a key part of the striker's wishes.

The 19-year-old left Scottish Premiership club Hearts back in 2020 and has since stepped up his development in Serie A.

With interest gathering prior to the move to Italy from Aston Villa, Bayern Munich and Lyon, Hickey is said to have chose the Veltri due to the promise of regular first team football.

And, as reported by Italian newspaper CalcioMercato, City are keeping tabs on the defender's progress and development this season.

Having impressed again so far in the 21/22 campaign for the Italian side, the teenage has also impressed in terms of his defensive duties. As per WhoScored, the 6 foot gem has averaged 1.1 tackles, 0.9 interceptions and 1.1 dribbles per league game this term.