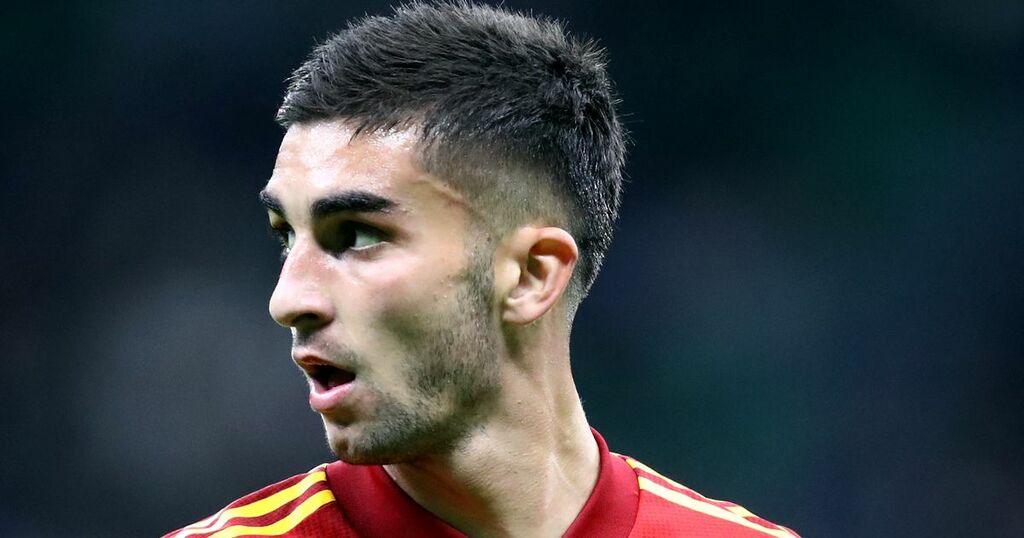 With the international break upon us, club football has been forced to take a back seat as club allegiances move to respective nations and it was Ferran Torres who stole the headlines with his brace in the win over Italy but he has remained coy on his future with City.

Barcelona have been the latest club to reportedly register interest in the former Valencia man but the Spaniard has played down the suggested speculation from Ronald Koeman's side.

Formerly a winger, he led the line in their win midweek over Roberto Mancini's side volleying home the opener before heading in what proved to be the difference as they booked their place in the final.

"There are always rumours, a thousand come out every day," he said speaking to Radioestadio Noche. "Now I am enjoying being able to go out more to see Manchester, it is a city in which there are things to do. The only downside I would put is the weather."

He will be hoping to shake off a foot injury that forced him off at the San Siro ahead of Sunday's final against France.

Whereas, talented defender Luca Netz has opened up about his decision to turn down a move to the Etihad Stadium.

The youngster made 15 appearances for Hertha Berlin at the Olympiastadion and put in a number of impressive performances which led to the Blues calling to which he rejected their proposal as he secured a £3.5m move to Borussia Park.

“I liked the whole Gladbach project better than at Hertha, I had good talks with Gladbach. They convinced me that the sporting perspective would allow me to make more of myself," he told Sky Germany via Sport Witness.

"I hardly heard about the offer myself. My father told me that a scout from Manchester City had enquired, but that wasn’t a big issue.

“For me, the transfer would have come too soon. I’m still too young for the Premier League and Manchester City. It’s a huge club. I don’t think I would have got game time there.”

The 18-year-old has made five appearances for Die Fohlen so far this term.

Whilst Barcelona will only be able to sign Raheem Sterling on loan if Manchester City can find a replacement for the Englishman.

The 26-year-old hasn't featured as prominently for Pep Guardiola's side as he has been forced to make way for the eye-catching front three of Jack Grealish, Phil Foden and Gabriel Jesus.

He has featured for the Blues from centre forward twice this season as it appears Guardiola could be implementing him in that position as opposed to his wide position.

Spanish news outlet Sport have reported that Barcelona's pursuit of the England international will ride on whether they can find a "guaranteed replacement".