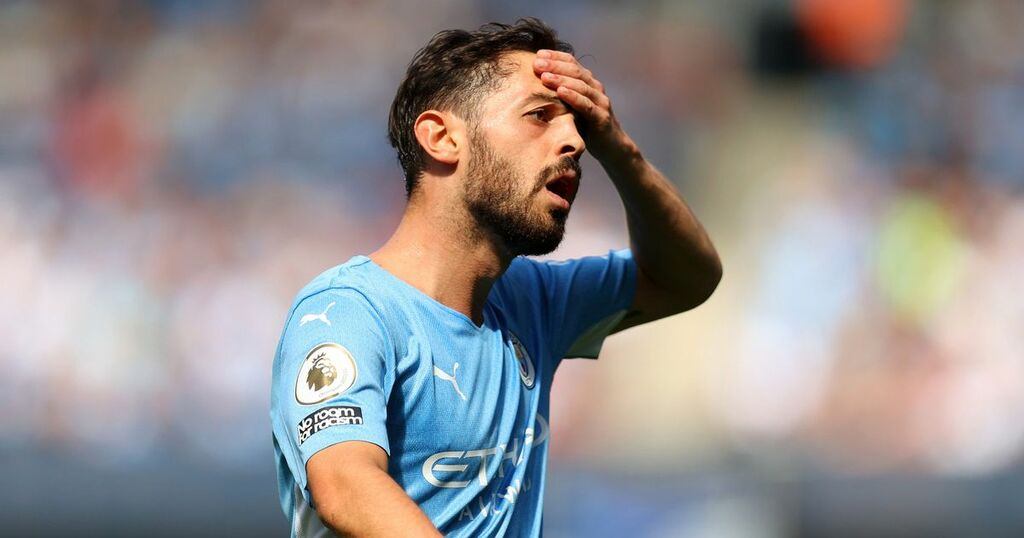 Bernardo Silva this week gave a reminder of what Manchester City would have missed had they let him leave this summer.

And on the same day, his potential replacement provided a glimpse of what life after Bernardo could be like for Pep Guardiola's side.

Bernardo began Portugal's rout of Azerbaijan in their World Cup qualifying win on Wednesday, stealing in at the back post to latch onto a lofted ball from Bruno Fernandes and lash home an unstoppable left-footed volley.

The same afternoon, Cole Palmer marked his England under-21 debut with an equally stunning strike from a similar area of the pitch - although it was a very different goal.

After picking up a loose cross that had bounced outside the 18-yard box, the 19-year-old made as if to look for an option behind him, before turning and skinning the left-back, dribbling in towards goal and leaving Kosovo's keeper helpless as he fired a left-footed curler into the far corner.

Whereas Bernardo's goal was borne out of the midfielder's excellent anticipation and movement and Fernandes' pinpoint delivery, Palmer grafted his out of virtually nothing.

But the parallels were still hard to miss - especially as Palmer had played in Bernardo's position in last month's Community Shield, following some impressive performances from the teenager in pre-season.

Bernardo's omission from the starting line-up at Wembley made some fans wonder whether the rumours of his imminent departure were true - although he did come on to replace Palmer late in the game.

But after remaining on the bench for the season-opening defeat to Spurs, the Portugal star was back to his best in City's engine room for the wins over Norwich and Arsenal.

During the summer, he was linked with a potential move to Barcelona while there was also speculation he could be offered in part-exchange for Harry Kane, amid widespread reports he wants a new challenge.

City avoided sacrificing a player who has been so crucial to their successes of recent years, and it has been made clear he will continue to be professional and give his utmost in pursuit of the team's goals.

His apparent desire to leave has perhaps made it clear to City they won't always be able rely on their top stars wanting to stick around to end of their contracts.

But Palmer's emergence is also a reminder that City don't always need to spend millions to attract top players when they are producing them in their own academy.

Will Bernardo Silva leave next summer? Have your say in the comments below

Like Bernardo, Palmer is composed on the ball, retains possession well, has an impressive passing range and can cause defenders a headache with his dribbling ability.

Also like Bernardo he can play on the right wing - where he was deployed for England under-21s - as well as in midfield.

England U21 boss Lee Carsley has challenged Palmer to earn more game time at City to help his progression at international level.

And that can only be a good thing for Guardiola, who will hope Palmer can save the club millions and follow the trail blazed by Phil Foden from City's youth ranks to the first team.