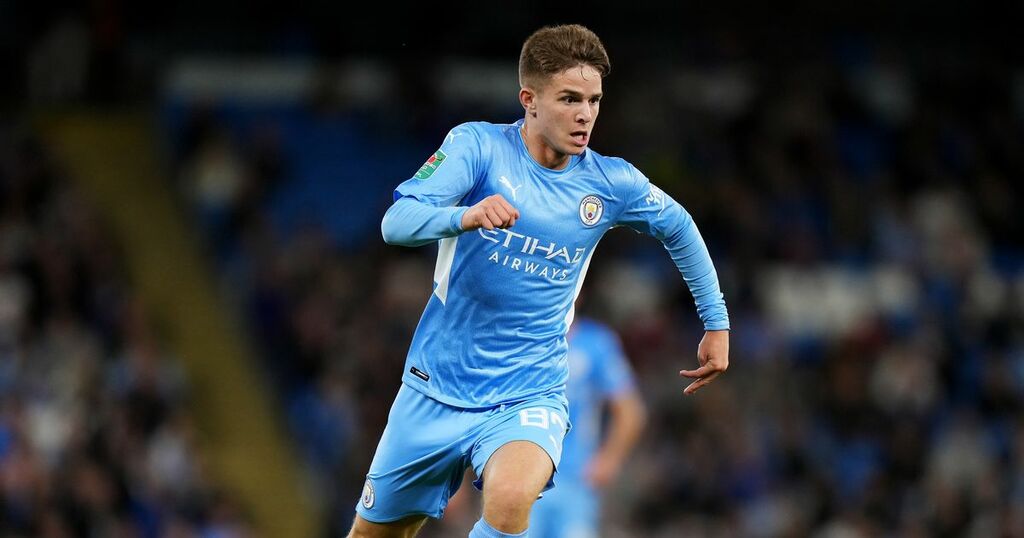 Welcome to the latest instalment of the City Is Ours daily digest, your rundown of Manchester City news you may have missed over the past 24 hours.

Everyone at City knows how good James McAtee is going to be, and now it appears a number of other Premier League clubs do too.

If City were hoping to bring in a striker in January, then they will have to look past one of the prime candidates.

With his latest charity endeavour, Ilkay Gundogan is reminding us that some things in life are much more important than football.

He's one of our own!

When it comes to discussions about who is going to be City's new Phil Foden, James McAtee is the name on everyone's lips.

The 18-year-old attacking midfielder has made waves in City's academy teams in recent years, scoring a remarkable 12 goals in just nine appearances so far this season. Pep Guardiola has been so impressed with the Salford-born McAtee that he handed him his first-team debut during the 6-1 defeat of Wycombe in the Carabao Cup last month.

However, as is usually the case when young players arrive on the scene, other clubs have started sniffing around. As reported by The Athletic, Crystal Palace and West Ham are interested in signing McAtee from the Blues, while Brighton reportedly went as far as to make an offer of £9m.

City of course rejected it. While Brighton would arguably offer McAtee a clearer route to elite first-team football, City bosses are confident that the success of Foden will show the club's best young talents that there is a viable pathway from the academy into Guardiola's side.

Patience is a virtue

Like everybody else, we're bored of the whole striker/no striker narrative, but it would be remiss of us not to report the latest development regarding one City target.

Darwin Nunez, the 22-year-old Benfica striker who has been making waves in the Portuguese league and the Champions League, would in many ways be the ideal heir to Sergio Aguero's throne.

He's a strong, quick, versatile forward with a clinical eye for goals and the numbers to prove it - he's already scored six goals in eight games this season.

However, according to Portuguese news outlet Record, City will not be able to get their hands on him in the January transfer window. They are reporting that Benfica will not accept any mid-season offers for their young sensation, meaning City would have to table an offer next summer.

Nunez, whose current contract will expire in 2025, reportedly has a release clause of £127.5m. If the Blues want to avoid Black Friday-esque squabbles over Harry Kane or Erling Haaland, then Nunez could be a viable option.

We all know that Ilkay Gundogan is a good egg - whether he's raising money to support lockdown-affected local businesses or donating 3,000 meals to vulnerable people in Indonesia, there's little doubting that his head and heart are in the right place. But Mr Whippy isn't one to rest on his laurels either - he has just announced his latest good deed.

The German international has pledged to plant 5,000 trees in Germany and Turkey to help the countries recover from recent environmental disasters.

Large areas of Germany experienced deadly floods in July after heavy rainfall causes rivers to burst their banks, while Turkey was recently affected by devastating wildfires.

In addition, Gundogan will auction off money-can't-buy prizes relating to his career to raise funds for both causes.

Good on you, Ilkay.