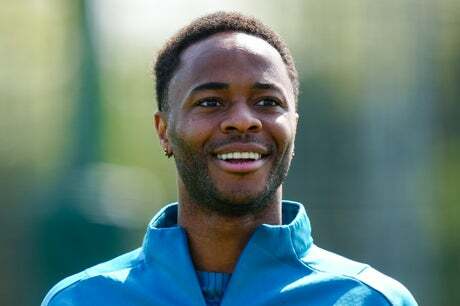 Daily Mirror
One subscription that gives you access to news from hundreds of sites
Arsenal in talks over Gabriel Jesus deal, claims Manchester City star’s agent: ‘We like the project’

Pep Guardiola may need to assess his options at Manchester City after capturing Erling Haaland, with some players' game time…

Pep Guardiola could launch a late bid to scupper interest from Liverpool and Chelsea in AS Monaco midfielder Aurelien Tchouameni.

The City boss is in the market for a a long term replacement for departing veteran Fernandinho.

And despite interest from Liverpool and Chelsea, Football Fancast claim City could dip under the radar to nab the highly rated midfielder.

The 22-year-old comes with a glowing endorsement from Paul Pogba who labelled his France international as “extraordinary player”.

Since joining Monaco from Bordeaux in January 2020, the midfielder has gone on to make 93 appearances across all competitions.

Raheem Sterling could also be surplus to requirements at the Etihad and Arsenal are reportedly ahead of Barcelona in the race for the transfer of Manchester City forward.

The England international has had a fine career at Man City, but the signing of Erling Haaland means heightened competition for places up front at the Etihad Stadium next season.

According to Todo Fichajes, Sterling could likely cost around €75million, and Arsenal are the best-placed team to lure him away, despite Barca also being mentioned as suitors for the 27-year-old.

The report states that Sterling has been convinced by the prospect of moving to the Emirates Stadium, with a deal now just needing to be agreed between Arsenal and City.

Gabriel Jesus is top of Arsenal’s wishlist and looks to be heading for a reunion with Pep Guardiola’s former assistant Mikel Arteta.

The Brazil striker has rarely been the first name on the teamsheet at City but he is the name on plenty of lips now his time at the Etihad looks up.

And while all parties are keen on making something happen, any contract is dependent on whether the Gunners can provide Champions League football next season.

Direct contact has been made between Jesus’s representatives and Arsenal although the London club have not approached City yet.

City Football Group could be about to expand their global portfolio by purchasing Italian third tier club Palermo according to Gianluca di Marzio.

Palermo is currently in Serie C, the third division of Italian football, but were formerly a big noise in Serie A.

Dealing with financial issues over the past few seasons has been the issue for the club. But the club has a good track record developing talent in the past

Daily Mirror
One subscription that gives you access to news from hundreds of sites
Arsenal in talks over Gabriel Jesus deal, claims Manchester City star’s agent: ‘We like the project’

Pep Guardiola may need to assess his options at Manchester City after capturing Erling Haaland, with some players' game time…