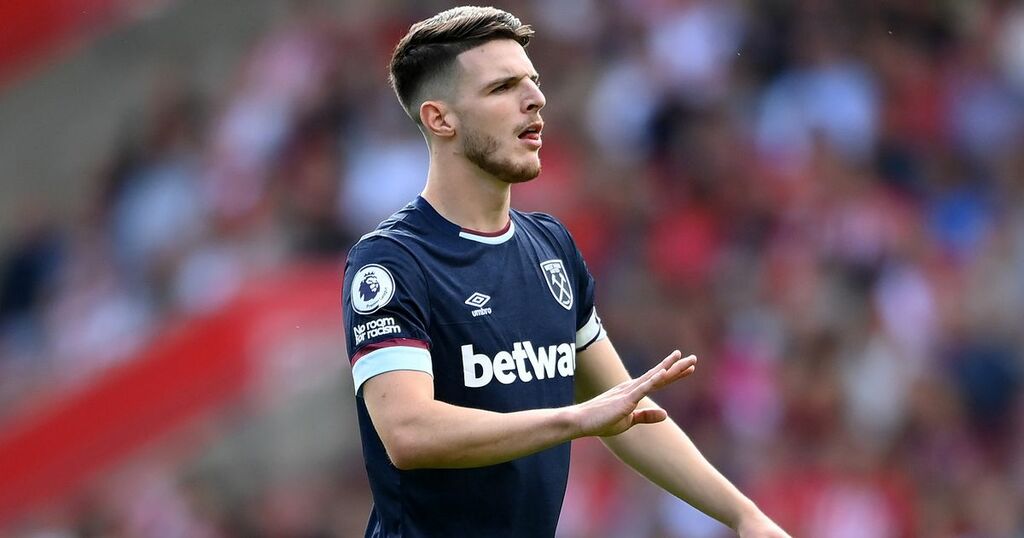 Manchester City are prepared to rival neighbours Manchester United for the signature of Declan Rice, according to reports.

While United enjoyed a fantastic transfer window that saw them sign Jadon Sancho, Raphael Varane and Cristiano Ronaldo, they still failed to strengthen the midfield, their weakest position on the pitch.

West Ham talisman Rice was the top target but a lack of room in the budget following three high-profile signings coupled with the Hammers' strong position meant a deal wasn't feasible.

The London club were determined to hold on to their best player ahead of a maiden European campaign and, as he has three-years remaining on his contract, were under no pressure to sell. To frighten off suitors they slapped a £100million price tag on Rice, which worked a treat.

That hasn't put United off, however, as the Manchester Evening News understands the 22-year-old has been earmarked as their principal midfield target next summer and figures have already discussed the potential framework for a deal to sign him.

Rice isn't expected to sign a new contract so West Ham will likely be under more pressure to cash in next year when he only has two-years left on his deal.

However, according to The Sun, City have now entered the race for the England international and are 'ready to fight' United for him.

It's reported that City have monitored Rice since his breakthrough to the West Ham first team and were left impressed by his performances for the Three Lions at Euro 2020.

It's claimed that captain Fernandinho is 'unlikely' to sign another extension when his contract expires at the end of the season, by which time he will be 37, and that Rice is 'high on their list' of potential replacements.

However, Rice reportedly isn't the only midfielder City have got their eyes on.

According to the Daily Star, Borussia Dortmund's teenage sensation Jude Bellingham is on their 'wishlist.'

It's claimed that the 18-year-old is 'fast emerging as City's first-choice' to replace Fernandinho, though Chelsea, Liverpool and Bayern Munich are also interested.

As well as Rice, United have been linked with a move for the talented Frenchman, with Chelsea also said to be very keen.

However, according to CalcioMercatto, via InsideFutbol, Serie A giants Juventus have now entered the race, with the Old Lady apparently preparing to make a move in January to steal a march on any competition.