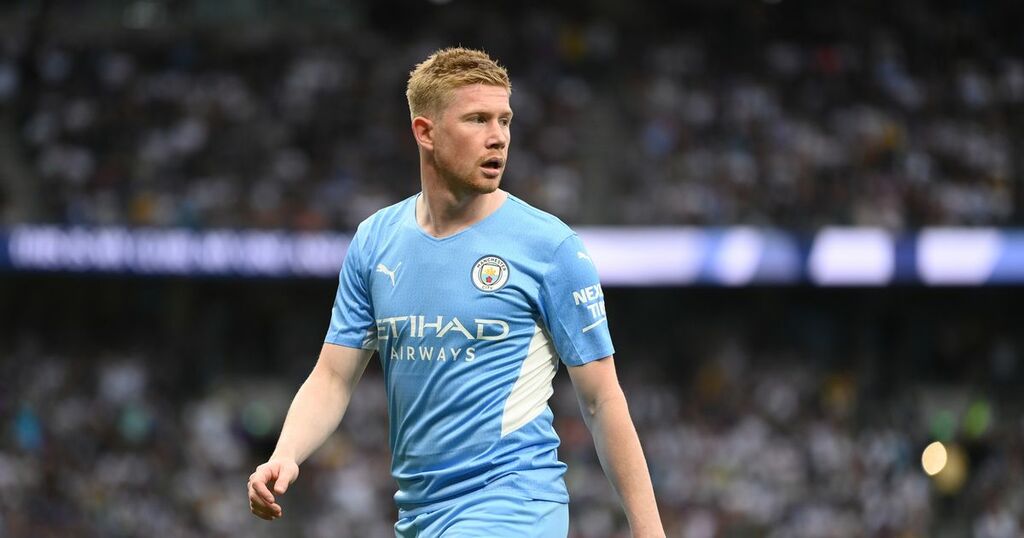 Kevin De Bruyne has had minimal playing time, this season - 11 minutes to be exact in the opening game weekend defeat to Tottenham.

Manchester City have been doing well without the two-time reigning PFA Players' Player of the Year so far, though, picking up three consecutive wins without conceding a goal since that setback in north London

De Bruyne has been out with an ankle injury for the past couple of weeks but is inching closer towards a return, having been an unused substitute at Leicester City at the weekend, although brilliant performances from Bernardo Silva and Ilkay Gundogan cast doubts over whether he will go back into the first XI when City begin their Champions League campaign against RB Leipzig on Wednesday.

City Is Ours team members Alex Brotherton (AB) and Dom Farrell (DF) discussed whether he should return to the side, while also reflecting on the Belgium star's incredible nights in Europe's premier club competition.

You can read part of their discussion below or watch the full stream here.

“The Champions League is a competition he absolutely thrives in and you mentioned he’s not played since the Spurs game. Things have gone really well since then, having Gundogan and Bernardo as the number eights - even though they’re playing totally differently against Leicester as they did against Arsenal and Norwich.”

“That’s a really great combination and works well, the same way it worked well when Kevin was out injured earlier this year. I think he was injured against Aston Villa and then was out for a month or so. In the domestic league, City have got a way of churning on without Kevin pretty well.

“The Champions League, as Pep says, is where the games come down to the big moments. Throughout his City career, there would be no one you want in those big moments other than Kevin De Bruyne.”

AB: “City have had many big-game players in Champions League campaigns. Last season it was Riyad Mahrez. A couple of seasons ago it was Raheem Sterling. But Kevin De Bruyne is just that player whose best is probably better than most players. For City, he can have those nights.

“As unfortunately, we know, they can have those nights in the Champions League where they’re not quite at it. Something doesn’t click and De Bruyne will just pull something out of the bag - out of thin air basically.”

Do you think Kevin De Bruyne should start against Leipzig? Follow our new City Is Ours team members Alex, Dom and Renuka, on Twitter to get involved in the discussion and give us your thoughts in the comments section below.