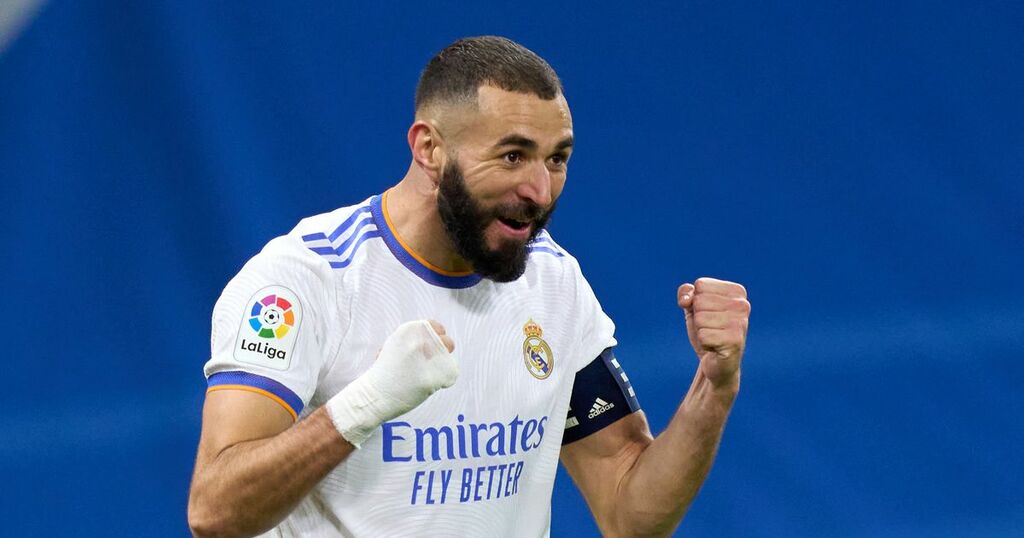 Manchester City are interested in signing Real Madrid and France striker Karim Benzema in an attempt to bolster their attacking options.

That is according to a report by El Nacional who claim that City have already touched base with the striker's representatives about a possible move to the Etihad Stadium.

Following the departure of Sergio Aguero at the end of last season, City — who secured their place in the last-16 of the Champions League on Wednesday evening with a 2-1 triumph over Paris Saint-Germain — were keen to bring in a new striker during the summer transfer window, with Tottenham Hotspur and England ace Harry Kane their top target.

However, Spurs' hefty-sized demands proved to be too much for City, meaning they were unable to sign the England skipper.

Nevertheless, links connecting Kane and a move to the Etihad Stadium have persisted, with it frequently claimed that City will have a second go at the move next summer.

However, it would appear that the club is keeping its options open, given the reports now connecting Benzema with a move to the Premier League. The experienced Frenchman, who has been at Madrid since 2009, could be on the move next summer if the Spanish giants sign Borussia Dortmund ace Erling Haaland, with Benzema reportedly unprepared to play second fiddle in the battle to be the club's leading marksman.

Benzema, who has netted a very impressive 15 goals in 17 matches for Madrid this term, is under contract at the Bernabeu until the summer of 2023, meaning the La Liga club may be prepared to cash in next summer in a bid to avoid losing him for free the following year.

The report claims that City have touched base with the Benzema camp and that the initial feedback has been positive.

Elsewhere, AC Milan winger Rafael Leao is prepared to snub reported interest from City and sign a new contract at the Italian club, a report by Calciomercato claims.

Amid City's ongoing pursuit of new attacking talent, the 22-year-old, who joined Milan from French club Lille back in 2019, has been closely linked with a move to the reining Premier league title holders in recent weeks.

However, Leao is now poised to put pen to paper on a new long-term deal in Italy.

His form has recently merited a call-up to the Portuguese national team.