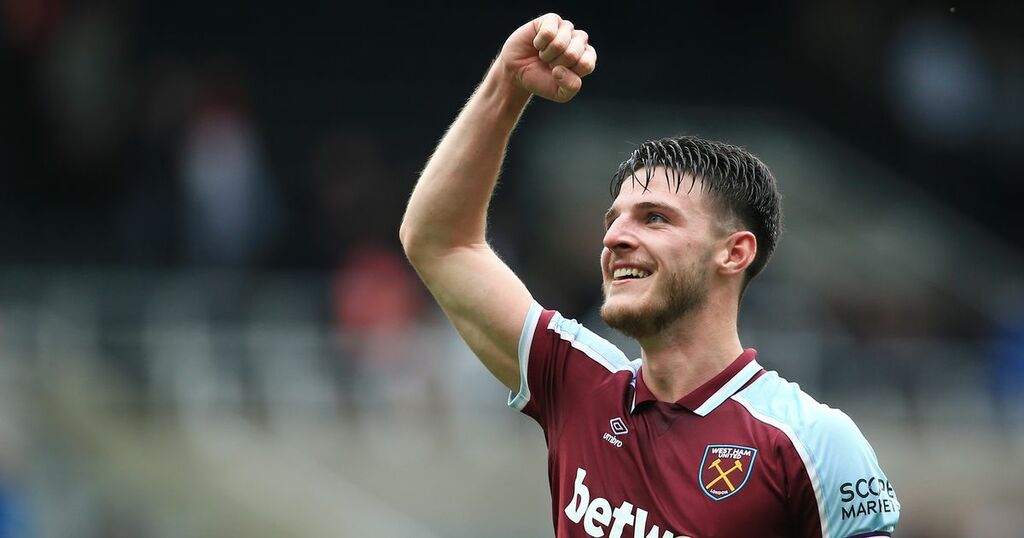 Manchester City have joined what is set to be a very competitive race for the signing of Declan Rice, according to reports.

Despite the exciting arrival of Jack Grealish, City's transfer window ended in disappointment with the Aston Villa captain the club's only major signing of the summer and speculation has now turned to what the Blues could do in next year's market.

While a striker will be the top priority after the club's failure to replace Sergio Aguero this past summer, a new defensive-midfielder may also be on the agenda.

Although Fernandinho continues to be excellent, he will be 37 by the time the season concludes and he is once again in the final year of his contract after signing a 12-month extension in June.

The Brazilian has been pivotal to City's success in recent years and a replacement may well be required, which is where Rice could come in.

The 22-year-old has developed into one of the finest defensive-midfielders in the Premier League and played a pivotal role in England's run to the Euro 2020 final in the summer.

It looked likely that he would leave West Ham in the transfer window but, with three-years remaining on his contract, the Hammers were in a strong position to keep him and fought off interest with a massive £100million valuation.

Manchester United and Chelsea were the two teams linked with a move the most but now, according to EuroSport, City have 'rejoined the race' for Rice.

It's reported that Chelsea, who could sign Saul Niguez permanently next summer, may turn their attention to Jude Bellingham or Aurelien Tchouameni, which could open the door for the Manchester clubs to make their move, though it's said Liverpool could also get involved.

It's added that it is 'highly likely' to be Rice's final season at the London Stadium.

Meanwhile, City have been linked with a move for AC Milan defender Theo Hernandez.

Left-back is also a position Pep Guardiola may look to finally strengthen next summer and the 23-year-old is one of the best attacking full-backs in Italy, with eight goals and eight assists to his name last season.

CalcioMercato report that Hernandez likes City and Paris Saint-Germain, though his contract isn't set to expire until 2024. With PSG signing Nuno Mendes from Sporting on deadline day, it seems unlikely that they would need to sign yet another left-back which could open the door for City.