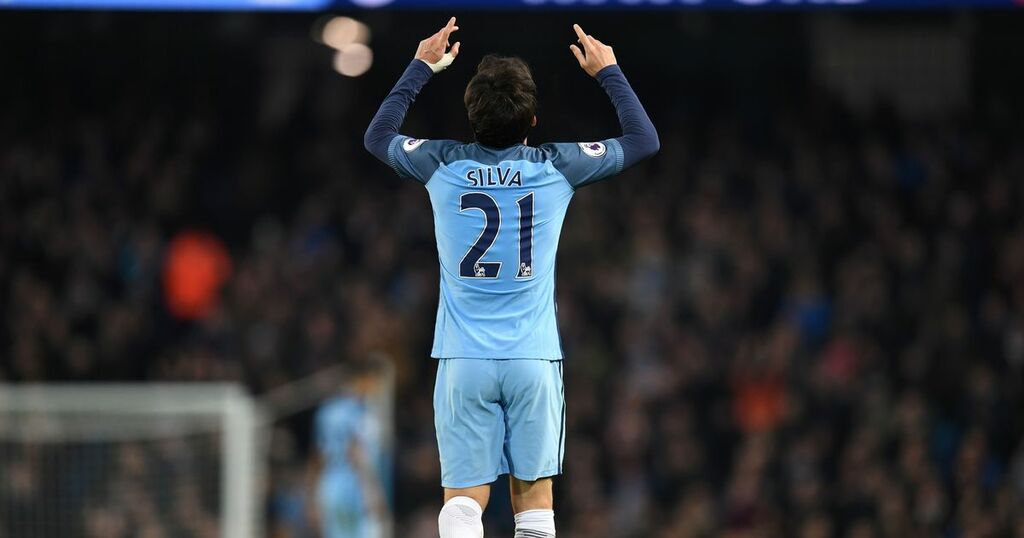 The Spain forward suggested he used the Premier League champions as a stepping stone to secure his move to the financially stricken LaLiga giants.

"When I left Manchester City I had the idea of coming back to La Liga and Barca showed an interest, he said.

“I am an ambitious player and I like a challenge. I want to take Barca back to where it belongs."

All very bold words but Ferran has previous in this regard.

“When the opportunity to take on the 21 shirt came along, I couldn’t say no,” he said in 2020 after accepting the squad number worn by David Silva, having symbolically made the same journey from Valencia to Manchester as the City great.

“David is a Manchester City legend, so to have the chance to succeed him is an honour and something I am very proud to do.”

Not enough of an honour to persuade Ferran to hang around, clearly.

Of course, most footballers lay it on thick when they’ve joined a new club for big money, so none of this should really be held against Torres.

But it does mean one of the most famous shirt numbers in modern Manchester City history is up for grabs and the incumbent should be chosen wisely.

Here at City Is Ours, we’ve come up with a few options.

Even if his evolution into a lethal wide forward means the “new David Silva” tag is no longer one Foden has to address too often, this would be a very popular move with fans.

Foden frequently highlighted Silva as being an inspiration during his formative years and this symbolic act of baton passing holds obvious appeal.

Nevertheless, the 21-year-old has started to pen quite the story of his own in the number 47 shirt, one he opted to keep a couple of years ago in honour of his late grandfather, who passed away aged 47.

Phil will probably stay where he is and make his number as much a part of City history as SIlva’s 21.

Although we’re happy to be told otherwise, EDS standout McAtee probably does not have a similarly sentimental attachment to 87 - one of those needs-must numbers given to a breakthrough youth teamer.

But the “Salford Silva” nickname has certainly done nothing to check the 19-year-old playmaker’s progress this season and the stylistic similarities are certainly striking.

Perhaps it could be a sweetener in talks to tie McAtee down to a long-term contract extension at the Etihad Stadium: sign here for David Silva’s shirt.

Not a City player, of course, but a name linked over recent days as the relentless stream of suggested Barca-City business continues apace.

De Jong is a stylish midfielder very much in the Pep Guardiola mould and would feel like a very good fit indeed were a deal to come to fruition.

The number he wears for Barcelona and the Netherlands? 21. In a similar tale to Foden, this is a tribute to his grandfather, who died on the player’s 21st birthday.

Okay, so we’re not suggesting anything drastic like formally retiring David’s number, but the Torres experience does give pause for thought.

Silva and Vincent Kompany each had statues unveiled outside the Etihad Stadium at the start of this season. Since his departure in 2019, Kompany’s number four has remained unused, despite the arrival of fellow centre-back Ruben Dias.

If City can do without a number four, they can certainly leave 21 unused until someone unquestionably worthy of the honour comes along.

Who would you like to take David Silva's old number 21 shirt? Follow the City Is Ours editor Dom Farrell on Twitter to get involved in the discussion and give us your thoughts in the comments section below.