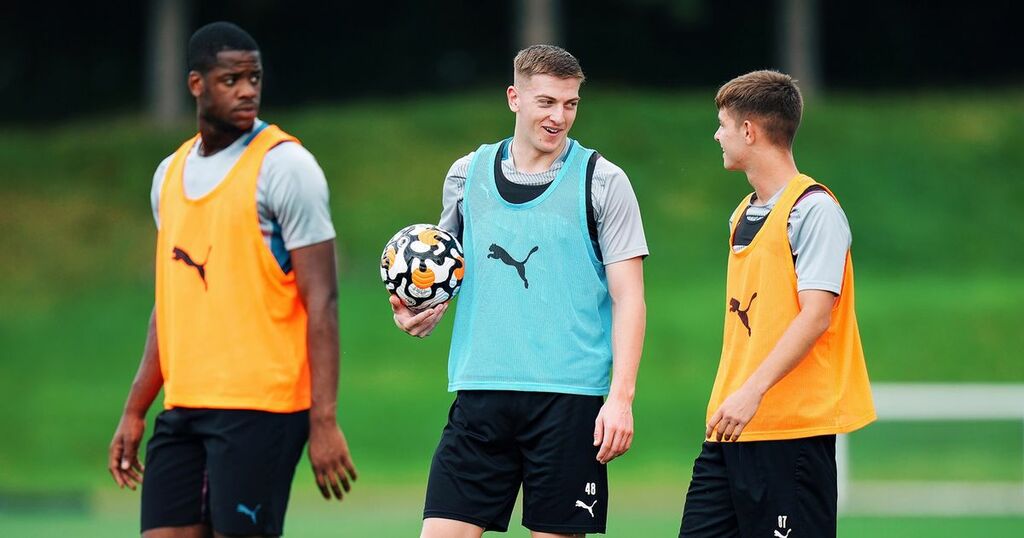 Manchester City were boosted by three doubtful players taking part in training on Thursday as the club's international players started to return to the City Football Academy.

City travel to Leicester on Saturday, and are still waiting on confirmation on whether Gabriel Jesus and Ederson can play as the Premier League's stand-off with the Brazilian FA continues. Both players, who have been at the CFA all the time throughout the international break, were in training, as were a number of returning international stars.

Pep Guardiola will have to weigh up the fitness of Kevin De Bruyne, who looked in good spirits as he joined the group in a 'light' training session, and a similar decision will be taken with Phil Foden.

Foden was involved with his teammates in Thursday's session, giving City more positive news regarding his recovery as he took a new step forward. City said Foden was able to take part as the session was light, rather than full match preparation, after a few days working individually.

Some players trained, but did not join the training game, likely due to their involvements on international duty on Wednesday.

Two other boosts came as Nathan Ake was with the group having withdrawn from the Netherlands squad for 'private circumstances'. There appeared to be no fitness concerns as he took part in rondos and a training game.

And finally there was the long-awaited return of Liam Delap, City's only natural striker. The youngster has been promoted to the first team this season, and will provide them with a different option up front having failed to replace Sergio Aguero.

Delap didn't take part in the training game, suggesting he is not yet ready to play, but his return to the group in any capacity can only be positive.

With Ederson's availability still in doubt, City will be pleased to see Scott Carson looking sharp with some good saves from Phil Foden and Cole Palmer in particular.

Palmer, who scored a fine goal on his England U21 debut, and James McAtee, who scored for England's U20s, both looked full of confidence. McAtee impressed his senior colleagues with a well-taken finish into the top corner.