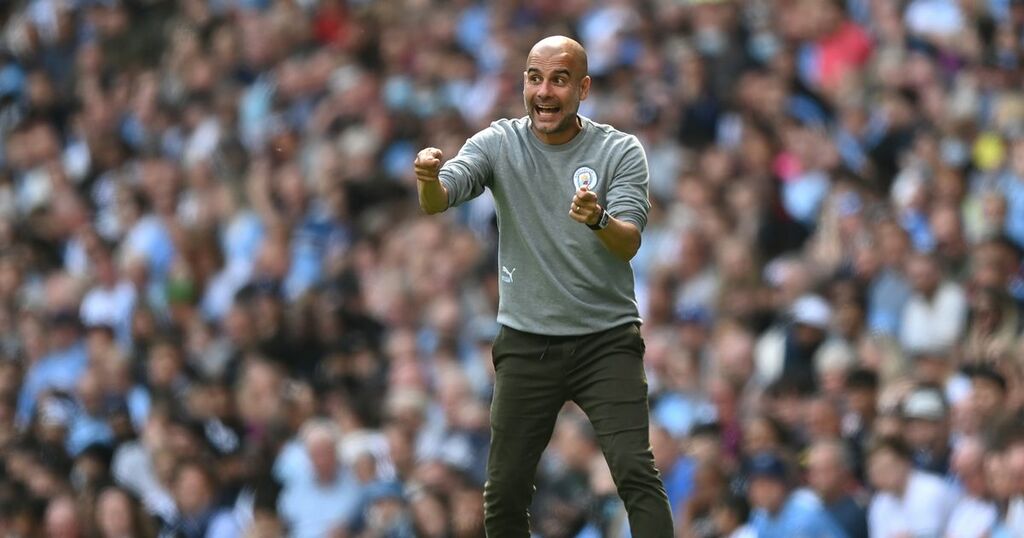 Manchester City have made Real Sociedad forward Mikel Oyarzabal a key target for next summer's transfer window, according to reports.

Though City added Jack Grealish in a £100million British record transfer fee, critics have suggested Pep Guardiola will not be happy with his recruitment as they failed to land Harry Kane - who was the priority target to succeed Sergio Aguero, who has now moved on to Barcelona.

City's transfer chiefs failed to stump up the required cash to tempt Tottenham chairman Daniel Levy into selling his prized asset, so it looks as if Guardiola will have to make do with Ferran Torres for the season, who has made a rapid development as a central striker in recent weeks.

And now it seems Guardiola could turn his attentions to Spain international forward Oyarzabal, who has started the La Liga season in red hot goalscoring form. Despite operating mostly from the wing, the technically gifted forward is comfortable operating across the front line.

The 24-year-old has scored four goals in the opening four fixtures of the La Liga season, including a brace on the weekend as Sociedad eased past Cadiz 2-0. The pick of the goals was a looping header from an arrowed pass that travelled over thirty yards.

According to Eurosport, Oyarzabal has become a priority target for City and are planning to explore a deal to bring him to Manchester next summer. The Spanish international has a £67 million release clause attached to his contract, which Man City could activate to engage in immediate discussions with his representatives, similar to the process that brought Grealish to the Etihad.

The forward is not a natural striker, so he would not be a direct replacement for Aguero, but he has demonstrated an ability to score goals and offers the attacking versatility that Guardiola values immensely.

Elsewhere, Fichajes have reported that City are eyeing Leeds United midfielder Kalvin Phillips as a long-term replacement for Fernandinho, who could depart at the end of the season.

The 'Yorkshire Pirlo' is under a long-term contract at Elland Road, so any move to bring him to the Etihad is expected to burn a significant hole in the pockets of City's transfer chiefs. However, the 25-year-old is reportedly highly rated by Guardiola after increasing his global profile following an excellent Euro 2020.

Phillips ticks a lot of the right boxes for Guardiola, offering a powerful presence in a midfield missing the running and tackling ability of Fernandinho. The defensive midfielder is also an excellent passer and is at an age where he could develop into one of the top midfielders in the Premier League.

He won the first of his 17 England caps against Denmark in the Nations League in September 2020 and quickly established himself in a dynamic midfield duo alongside fellow City target Declan Rice. Phillips was recently named England's Player of the Year, a testament to how far he has come.

Phillips has been linked with moves away from his boyhood club and almost joined Aston Villa in 2019 before interference from his 'Granny Val', but has so far remained loyal to the club he joined as a youngster.