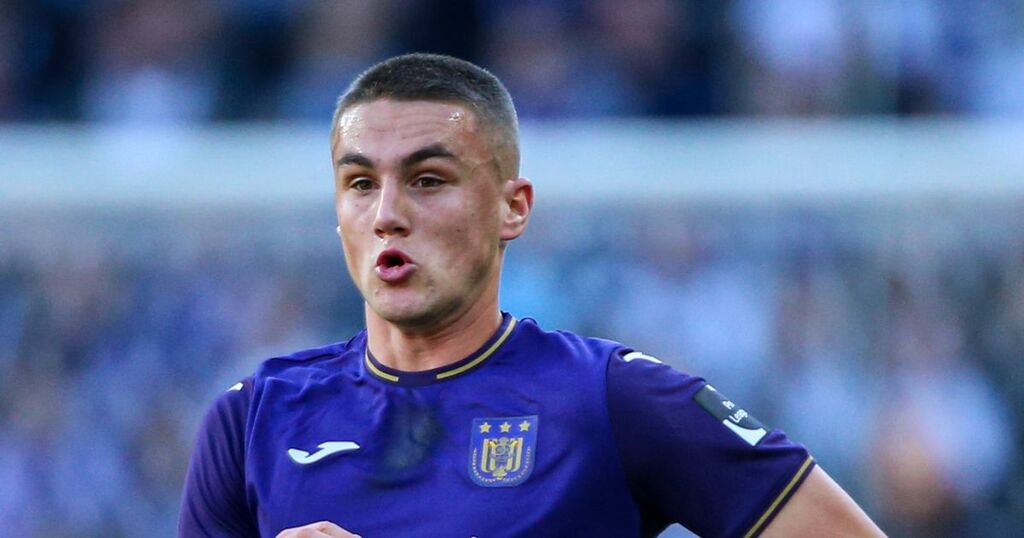 Manchester City youngster Taylor Harwood-Bellis has completed his move to Stoke City which will see him stay at the Bet365 Stadium until the end of the season.

It will be his second loan spell in the Championship following his time at Blackburn Rovers last season.

The 19-year-old swaps Belgian side Anderlecht for the Potters as he looks to continue his development in the England second tier, after spending the first half of the campaign at the club where Vincent Kompany spent his formative years.

He made 19 appearances for the former City captain as they look to catch league leaders Union SG, contributing two assists but failing to hit the back of the net during his stint.

"Taylor has great potential and did well for us, but by letting him leave we’re creating more space for our academy-players like Delcroix, Kana and Debast," Anderlecht CEO Peter Verbeke told the Belgian club website.

Harwood-Bellis has made eight appearances for Pep Guardiola's side after making his debut in the resounding 3-0 win over Preston North End in 2019.

His last outing for the Blues came in last year's FA Cup fourth-round win over Cheltenham before moving to the Championship to play under Tony Mowbray at Blackburn.

He also played a part in helping the youngsters to the Premier League 2 title last season.

And he arrives at Michael O'Neill's side with Stoke in a fight for the play-off's, as the Potters sit five points off sixth placed Huddersfield with two games in-hand over the Terriers.

He could make his debut, live on Sky Sports, as Stoke travel to Hull looking to end their three-match winless run.

“Playing for Anderlecht was really good for me personally. It was a new challenge with new people and a different language but I really enjoyed it.

“I think it made me grow as a person. On the pitch, you are doing your stuff every day so that doesn’t really change but it was really good for me.

“Going into Blackburn for the second half of last season was difficult because the Championship is a tough league and it was my first experience of it."

After six months in Belgium, he will be looking to put into practice what he's learned and expressed his excitement to start his second spell in the second tier.

He added: “But I feel that having played against most of the teams in the Championship will help me a lot over the course of the next few months with Stoke.

“It’s not as though it’s a new experience for me now – I’ve done it before and I’m not just really excited about getting going.”