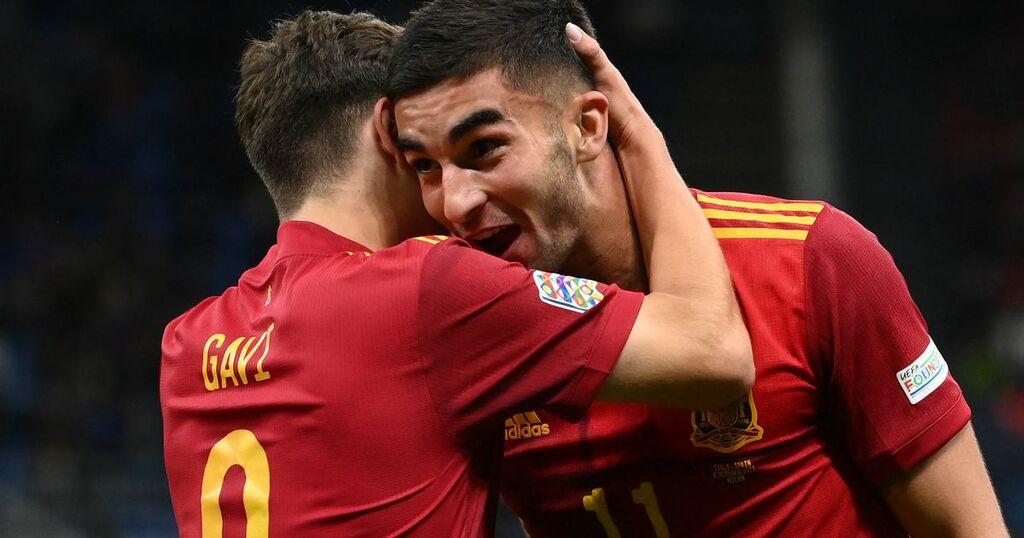 Ferran Torres gave another reminder of his special talent on Wednesday night with two goals for Spain to see them into the final of the UEFA Nations League, ending Italy's world record of 37 games unbeaten in the process.

At just 21 years old, Torres has 12 goals in 21 games for his national team and braces against Italy or hat-tricks against Germany show that he has no problem in performing for the biggest occasions.

Manchester City certainly saw the potential when they pounced last summer with just a year left on the youngster's contract at Valencia, who were in real need of cash and accepted a bid of just over £20m. The latest estimate from the CIES Football Observatory, dated a week ago, puts the value of Torres at five to six times that amount.

Pep Guardiola has certainly shown faith in the player, thrusting him into the team early in his first season as an emergency striker and warming to the idea so much that Torres is effectively the first-choice No.9 this season after the club's failure to land Harry Kane in the transfer market. Those comparisons to Jamie Vardy are some compliment.

At the same time though, being a first-choice No.9 isn't as great as it sounds when your club prefers not to play with a No.9 in the biggest games. As well as Torres has started at the Etihad, he was not part of the strikerless side that Guardiola settled on as the best option for the Champions League knockout phases and he did not play a minute in the recent slogs against Chelsea, PSG and Liverpool.

Torres is still young and still in the early stages of his City career so patience is required. Yet if the club want him to stick around for the long-term sooner or later they are going to have to find a way for him to play in the big games for City like he does for Spain.

It was notable that head coach Luis Enrique faced more questions on Wednesday night about 17-year-old debutant Gavi than he did about Torres. Having been blasted when the team news emerged for trusting such an inexperienced player against such mighty opposition, he was quickly lauded for such a bold call when the action started.

As well as proving the old adage about being old enough if you're good enough, Gavi also highlights that there is always new talent coming through. City's wish to sign a striker has only been sidelined while the transfer window is closed, but next summer more world-class competition can expect to be added to the squad.

When that happens, Guardiola needs to know exactly how Torres is to be used because he is too good and ambitious a player to be content with sitting out the biggest games for too long.