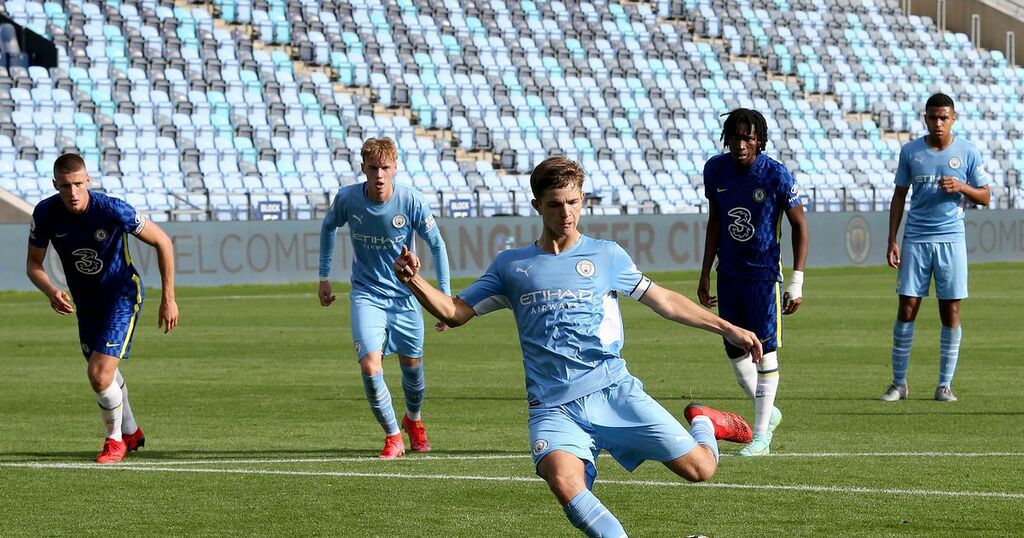 Manchester City have included Cole Palmer and James McAtee in their squad for the UEFA Youth League this season.

New Under-23s coach Brian Barry-Murphy will lead a group of Under-19s into the youth version of the Champions League, which returns this season after being suspended for Covid-19 for the last season. City will be looking to help the young Blues go further than the club's previous best of one semi-final.

Liam Delap, Sam Edozie, Romeo Lavia and Luke Mbete are among the players in the squad that have already caught Pep Guardiola's eye, with Lavia making City's senior squad for the Champions League group stage and the other two also eligible to play. Once a youngster has featured in three Champions League matches, they will no longer be eligible to play in the UEFA Youth League.

With the rules stating that five players over the age limit - most of the squad must be born on or after January 1, 2003 - can feature in the Youth League, Barry-Murphy has included Palmer and McAtee as well as goalkeeper Ciaran Slicker and defenders Kwaku Oduroh and Josh Wilson-Esbrand.

City begin their campaign with a home match against RB Leipzig before trips to Paris Saint-Germain and Club Brugge as their group mirrors that of the first team. The top side after six games will go straight into the last-16, while the team in second must win a play-off match against another team from a parallel draw in order to make the knockout rounds.