Man in court over death of Brisbane woman 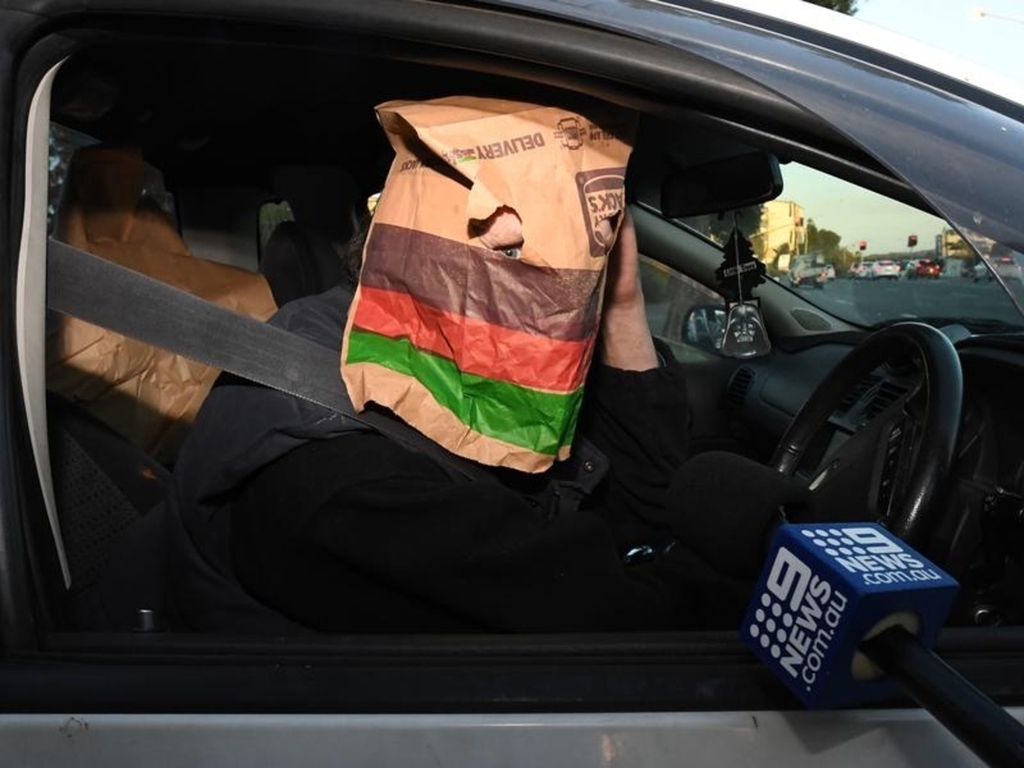 A man charged with murdering a 45-year-old woman who died at his Brisbane home has faced court.

The 43-year-old was photographed by AAP with a paper take-away food bag with eye-holes over his head leaving the police station before being charged on Tuesday evening.

Police will allege there were inconsistencies in O'Sachy's version of what occurred and that a blood-soaked doona was found in the washing machine at the house.

O'Sachy's lawyer Tania Lacy appeared for the brief mention, with her client unable to apply for bail due to the serious nature of the charge.

The woman - named in court documents as Angela Godwin - was found at a home in Wishart Road, Upper Mount Gravatt before 8pm on Monday.

She's believed to have suffered an unspecified wound to her lower body.

Police said she died soon after emergency services arrived despite the "best efforts" of paramedics.

O'Sachy is charged with one count of domestic violence related murder.

He has been remanded in custody to appear in the same court on October 18.