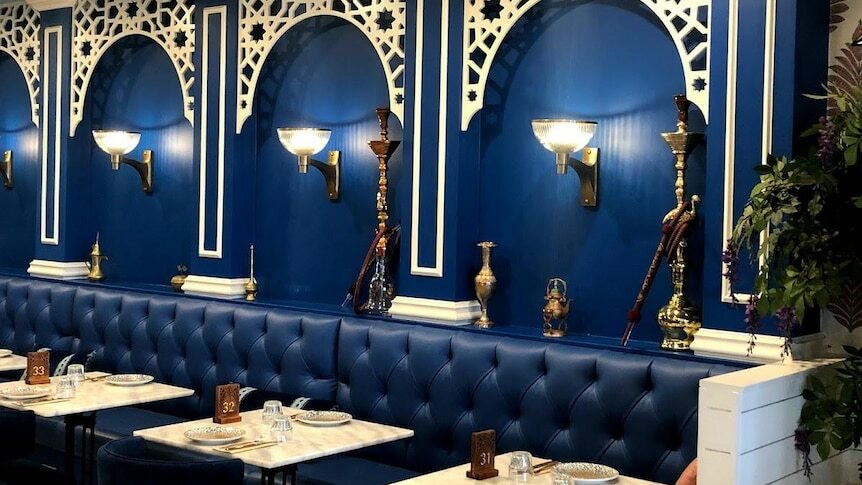 A witness has described his family's "terrifying" ordeal after a man allegedly pulled a replica gun on staff at a Sydney restaurant when he was asked to pay for his meal.

Police were called to Omnia Restaurant in Brighton-Le-Sands around 6.30pm yesterday after Viacheslav Zhadushkin allegedly threatened diners and staff with a replica Colt firearm.

The 42-year-old allegedly pulled out the firearm when a waiter asked him to pay his bill, NSW Police said.

The only other diners in the restaurant at the time were Sam Aboud*, his wife and two children.

"He was shouting and yelling at the waiters," Mr Aboud said.

"He pointed the gun at me, and he was threatening me and my family, as he did to other waiters and staff."

Mr Aboud said it was the first time he had felt "unsafe" in Australia.

"We were all shocked ... terrified and panicked," he said.

The family left the restaurant after the gunman walked towards the kitchen and allegedly intimidated staff, who were hiding in the back of the restaurant.

The ABC understands a staff member called police to the Bay Street restaurant, which specialises in Mediterranean cuisine.

Mr Aboud said after his family escaped, his wife collapsed and was taken to hospital, while his frightened two-year-old and 12-year-old were unable to sleep last night.

*name has been changed