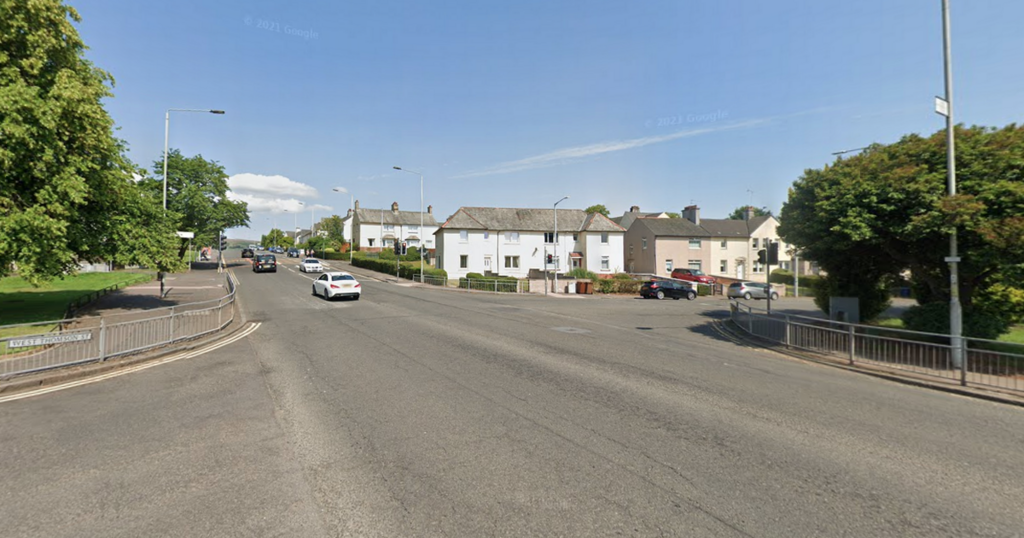 A man has been rushed to hospital after he was attacked by a thug who was "wearing a leather jacket, work gloves and sunglasses" during the terrifying assault on a Scots road.

Police have launched a probe after the attack happened in broad daylight on Kilbowie Road in Clydebank at around 4.30pm on Tuesday, October 5.

The 46-year-old man was walking along the road when he was assaulted in the "completely random attack".

Emergency services rushed to the scene and the victim was taken to the Queen Elizabeth University Hospital where he received treatment for a facial injury.

He was later released but detectives are appealing for information following a serious assault.

The suspect made off in the direction of Cambridge Avenue and is described as white, with a shaved head.

He was wearing a leather jacket, orange and yellow work gloves and sunglasses.

Detective Constable Aislinn MacLeod from Clydebank CID said: “This was a completely random attack, and I am appealing for anyone who was in the area of Kilbowie Road on Tuesday afternoon and saw what happened, or the suspect making off, to please get in touch.

“In particular, I would like to speak to the driver of a white Mercedes who is believed to have witnessed the incident, and would urge them to come forward.

“I would also ask any motorists with dash-cams to check their footage in case there is anything which could be of significance.

“Anyone with information is asked to contact Police Scotland through 101, quoting incident number 2456 of Tuesday, October 5, 2021. Alternatively you can call Crimestoppers anonymously on 0800 555 111.”