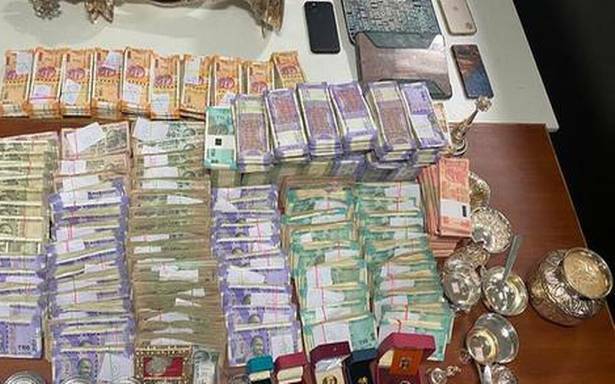 The Cyber Crime wing of the Central Crime Branch on Wednesday arrested a 25-year-old engineering graduate for running an online betting network and cheating several people of their money.

After a long surveillance, a special team of police, led by Assistant Commissioner of Police, Cyber Crime, nabbed the accused, who was identified as Harikrishnan of Kilpauk. He has been working at a star hotel in Mamallapuram.

A few days ago, the police registered a case following a complaint from Vignesh of Choolaimedu who lost ₹87 lakh in placing bets with the network run by Harikrishnan.

He alleged Harikrishnan was running online betting portals in the names of ‘Casino’ and ‘Live sports’.

Many were addicted to online betting run by him. The accused cheated them after receiving the money.

All betting was done on cricket and football matches held in India and abroad. He had an endless number of customers and received money from them online.

He used to give money to the winners after deducting his commission. Of late, he either failed to pay the winners or showed them as losers in betting and made money by fraudulent method, according to the police.

He was also a cricket bookie and cheated more than 35 persons, the investigation revealed. Police seized 193 grams of gold jewellery, ₹24.68 lakh in cash, 6 kg of silver articles, 10 mobile phones, other electronic gadgets and a high-end car. Harikrishnan was remanded in judicial custody after being produced in a court.