Man arrested after statue at BBC headquarters attacked with a hammer 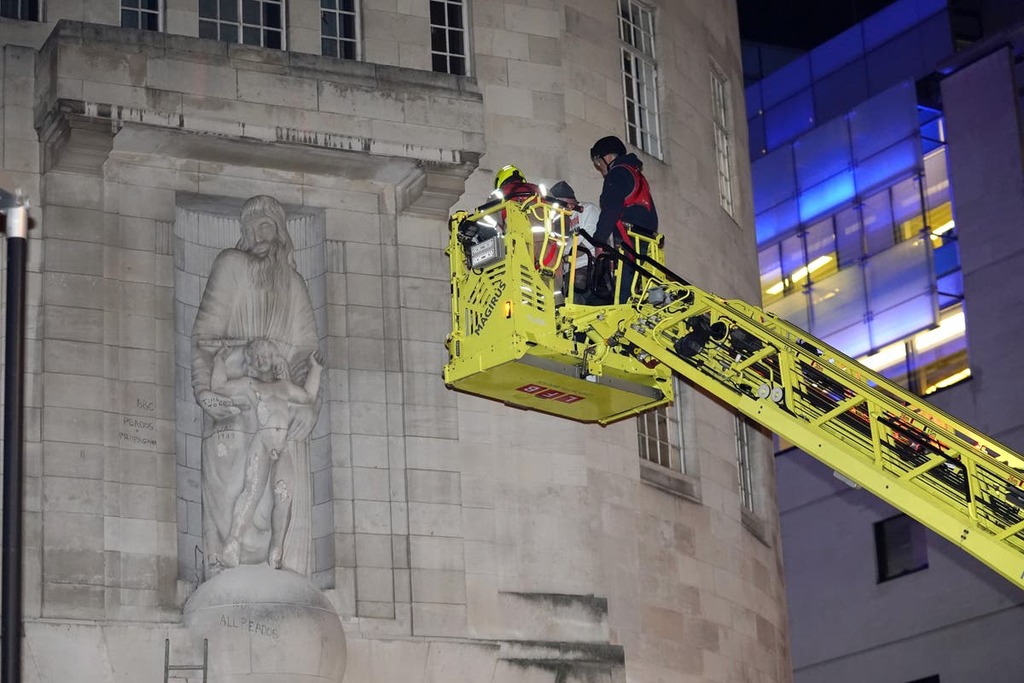 A man has been arrested on suspicion of criminal damage after a statue outside of the BBC’s Broadcasting House in central London was attacked with a hammer.

Emergency services were called to the scene at 4.15pm on Wednesday to reports of a man damaging a statue on a ledge at Broadcasting House in Portland Place, Westminster the force said.

Officers cordoned off the entrance to the building and London Ambulance Service paramedics were at the scene.

In a statement, Scotland Yard said: “The man came down with assistance from London Fire Brigade at around 20:45hrs.

“He was checked by London Ambulance Service before being arrested on suspicion of criminal damage and taken into custody.

“The property owners are examining any damage to the statue and building.

“Another man was earlier arrested on suspicion of conspiracy to commit criminal damage.

“He also remains in custody.

“Road closures have now been lifted.”

The figures, depicting Prospero and Ariel from Shakespeare’s play The Tempest, was installed in 1933, according to the BBC.

The sculptor, Eric Gill, is said to have sexually abused two of his daughters.

Nearly 2,500 people have previously signed a petition demanding the removal of the sculpture on the website of political activist group 38 Degrees.

The incident came a week after a jury cleared four people of criminal damage after they pulled down the statue of slave trader Edward Colston.

The bronze memorial to the 17th century figure was pulled down during a Black Lives Matter protest in Bristol on June 7 2020, before being rolled into the water, and those responsible were acquitted on January 5 following an 11-day trial at the Old Bailey.