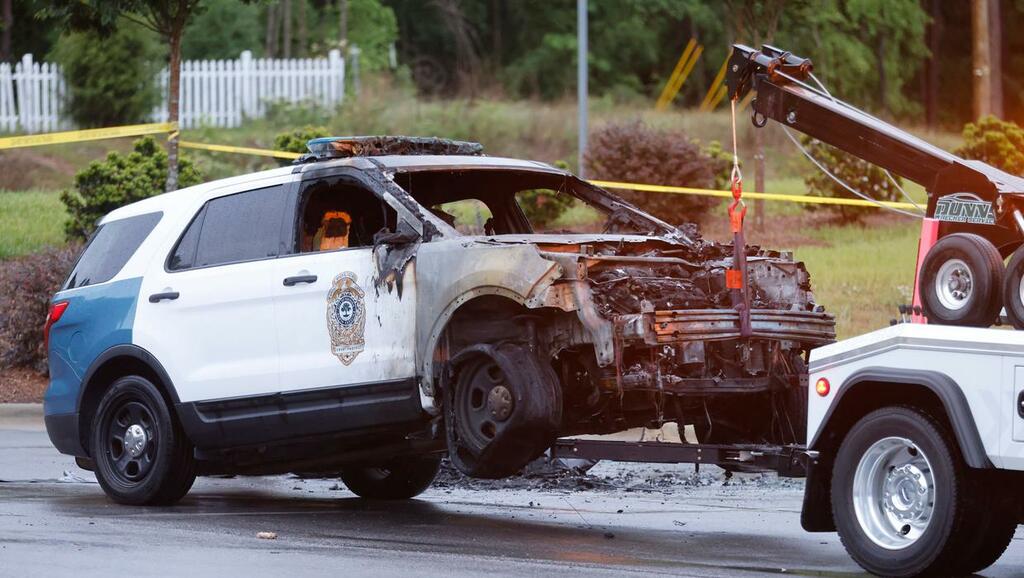 Euan McGoldrick, from Paisley, was also in court to face a charge of threatening to murder his dead mother’s former…

Bully Euan McGoldrick, from Paisley, was also in court to face a charge of threatening to murder his dead mother’s…

Cerys Chamberlain, 30, also assaulted a man at his home in Tredegar and threatened to burn the property down

A man has admitted setting fire to his then partner's O'Connor unit after someone called triple-0 to report "a lot of yelling and screaming" just after midnight on August 14 last year.

The man, in his mid-30s, fronted the ACT Supreme Court on Friday when he pleaded guilty to one count of intentionally or recklessly causing damage to the building by fire.

A prosecution document previously tendered to court states the man called ACT Ambulance Services about 12.05am to say he had burned a house down, before terminating the call.

Police, firefighters and paramedics found three empty townhouses in a two-storey O'Connor complex up in flames.

"Police observed one unit to be predominantly engulfed by flames with neighbouring properties under threat."

A number of other people congregated outside the complex and were treated for minor smoke inhalation.

The man was arrested at the scene then taken to Canberra Hospital for a mental health assessment.

His then partner was not present at the time of the fire but returned later.

The man who called police later said he heard loud crashing and banging coming from outside his unit.

During the accused's most recent bail application in April, prosecutor Katrina Marson said the man appeared to have an "extreme reaction" when feeling unheard or wronged.

"Setting fire to a premises because, in the accused words, nobody was listening demonstrates a retaliative and destructive impulsivity," Ms Marson said.

She said while the man's ex-partner was not in the building at the time of the fire, he had previously been charged with four family violence offences against the woman.

Defence lawyer Ms West said the accused man was no longer in a relationship with his ex-partner and did not know where she or her son lived.

The accused was initially set for trial. He is now scheduled for a sentencing hearing on June 23 with a pre-sentence report being ordered.

ACT Supreme Court
Sign up to read this article

Euan McGoldrick, from Paisley, was also in court to face a charge of threatening to murder his dead mother’s former…

Bully Euan McGoldrick, from Paisley, was also in court to face a charge of threatening to murder his dead mother’s…

Cerys Chamberlain, 30, also assaulted a man at his home in Tredegar and threatened to burn the property down