Man, 71, officially has the longest nose in the world at 3.5 inches 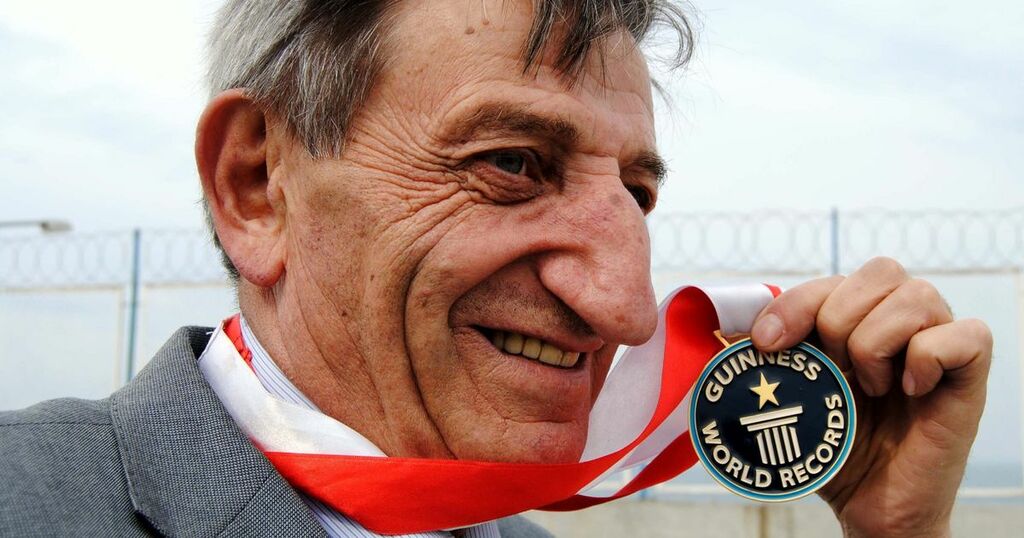 A Turkish man is celebrating after keeping his place as the world number one for having the longest nose on the planet.

Mehmet Özyürek's 3.46 ins hooter was recognised eleven years ago, and he maintains his spot in the record books.

Guinness World Records today posted confirmation that his 2010 entry has officially still not been beaten.

His sniffer is still untouchable, and no living person has taken his title.

They posted the throwback tweet and say the 71-year-old is still number one in the world.

Guinness World Records said: " #OnThsDay in 2010 Mehmet Özyürek from Turkey was officially confirmed as our record holder for the longest nose on a living person. Mehmet's magnificent nose measures 8.8 cm (3.46 in) from the bridge to the tip."

He appeared on Italian TV show Lo Show dei Record in 2010 to have his nose measured.

He may be the undisputed king of the conker - but the title of the longest nose ever belongs to an Englishman.

Thomas Wedders, according to Guinness World Records, lived in Yorkshire during the 18th century and had a nose measuring 19cm, or 7.5 ins in length.

According to Weird Historian , he was a member of a “travelling circus”.

Waxworks of his incredible nose can be found in Ripley’s Believe It Or Not Odditoriums around the world.

It's not just human setting records, of course.

This week, a friendly golden retriever has been written into the history books after smashed the world record for holding the most amount of tennis balls in his mouth in one go.

Seven-year-old pooch Finley can fit six tennis balls in his mouth at once.

Finley’s impressive feat means he’s beaten the previous record of five, which stood for 17 years and was made by another golden retriever from Texas, USA.

He’s been recognised by the Guinness Book of Records and will feature in the 2022 edition of the brand’s annual book.

Owners Cheri and Rob Molloy and their daughter Erin say they are proud of their pooch.