Man, 28, stuck inside due to health condition hasn't seen friends in four years 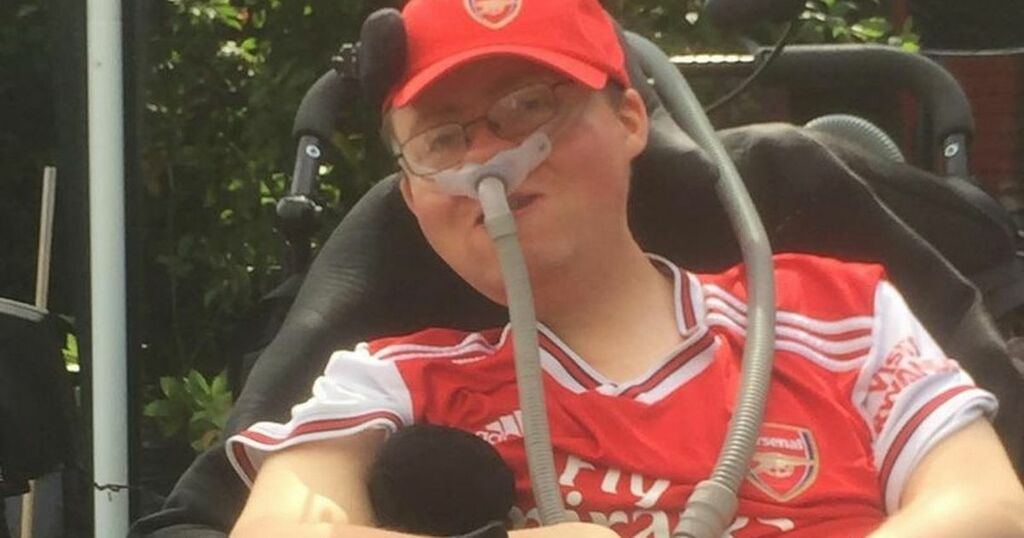 A man has to shut himself inside and avoid meeting friends as low temperatures during the colder months could worsen his muscle condition.

Brendan Casey, 28, was born with a degenerative genetic condition that causes his muscles to weaken, called Duchenne’s Muscular Dystrophy.

Advances in treatment have raised life expectancy from the teens, but males with the condition aren't expected to live beyond their 30s.

The condition is progressive, meaning its severity gradually increases and by the age of eight Brendan was in a wheelchair.

Now, the 28-year-old needs a ventilator to breathe.

Between September and March every year, Brendan is shut indoors to protect him from the cold which causes additional concerns for people with musclular dystrophies.

Cold weather paired with a higher amount of illnesses flying around in autumn, winter and into spring, can have a devastating impact on the young man's health, Belfast Live reports.

During the long months, Brendan says he feels isolated because he is unable to meet his life-long friends.

His mother Margaret said services in Northern Ireland are lacking for over 25s with the condition.

The family have set up a fundraiser to build "Brendan's Den", which they hope will give him a better quality of life.

Margaret, 65, said: “There is nothing in place for them. Nowhere to go and nothing to do in the cold months. They are housebound, lonely and isolated.

“I can only speak for Brendan. As a family we are addressing the problem. He hasn’t seen his friends in four years because there is nowhere available that they can meet.

“With new medical advances, Brendan and his friends have been given longevity, but in the cold months a much poorer quality of life.

“Brendan’s Den needs to become a reality. It will enhance his life, and also the life of his friends.”

Brendan’s family have taken it upon themselves to build an 'all year round den' for Brendan in his back garden.

Brendan’s uncle Damian Barry, 54, said: “If you think about Covid lockdowns, we've been stuck in the house. It was hard for all of us. Can you imagine what it must be like for Brendan to have to do this every year?

“We understand there’s only so much money that can go round, so we thought, ‘You know what, let’s see if we can do it’.”

The den will be made using a weather-proof gazebo, with heating and lighting.

A projector and iPad will also be installed so Brendan can watch football and films, and listen to music.

Brendan has already said that if the fundraiser exceeds target, he will offer the money to other friends with similar conditions to help them get the space they need to enjoy life all year round.

In a post on Facebook, Brendan said: “Please can everyone donate to make this a reality for me as I would love to meet my friends who I haven't seen in a long time.

"I would appreciate any help you can give to make this happen.”