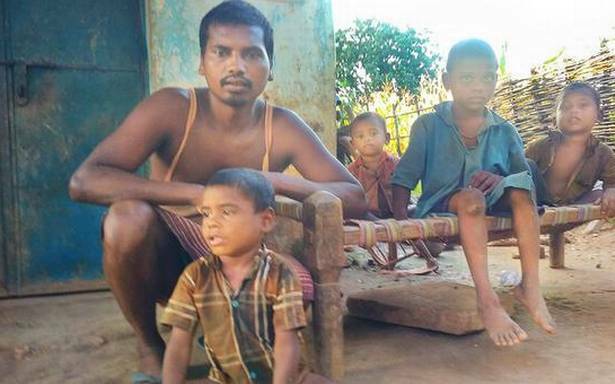 The death of 29 people (including children) of the primitive Pando Korwa and Pahadi Korwa tribes in Chhattisgarh’s Balrampur district between July and first week of October this year has not changed anything despite the State government claiming to have admitted 270 people in the district hospital, Ambikapur Medical College and other multi-speciality government hospitals.

Behind the deaths and beneath the frenzied reaction from the government lurks a sordid tale of severely affected Pando Korwa tribe people who were never classified as either Scheduled Castes, Scheduled Tribes or Other Backward Classes. This resulted in them being left out of the reservation pie and all the welfare schemes meant for the backward communities.

“Life is hell here…How will I and my six children survive on 20 kg rice, 1 litre kerosene, and 1 kg sugar from the monthly public distribution system?” asks Rooplal Pando, sitting in front of his one-room house, which he got under the Pradhan Mantri Awas Yojna in 2016.

“I and my wife are daily labourers. She starts the chullah only when we get something to cook,” said Rooplal, a resident of village Talkeshwarpur, Mungapara in Balrampur district. He, his two brothers and their families survive on the meagre harvest produced on their one acre land.

For the last few years, the tribals have not been able to source rich forest produce. “We are unable to get nutritional forest produce. Perhaps it is due to changes in the weather,” Kalavati Pando, wife of Shiv Prasad Pando and a resident of village Talkeshwarpur, said.

The district administration officials say poor state of health is due to lockdowns and engagement of health officials and workers to contain the coronavirus. “The health officials are busy in COVID-19 and the tribal community members have become vulnerable. During this period, monitoring and timely health check-ups were stopped. But now things are under control. We have admitted 153 seriously ill people in hospitals, shifted 117 patients to Ambikapur Medical College and other multi-speciality government hospitals,” Balrampur Collector Kundan Kumar said.

COVID-19 is likely to leave a deep impact on the undernourished people, due to weakened immune systems.