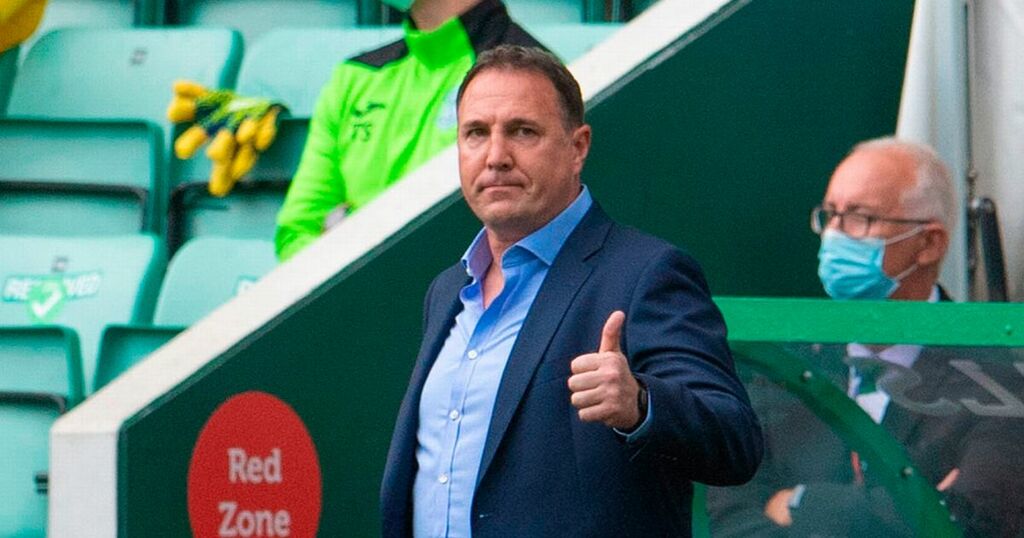 Malky Mackay reckons there are similarities between Ange Postecoglou’s side and the swashbuckling Celtic team he played in under Tommy Burns.

The Australian’s got the Hoops on the front foot and the Ross County boss will need to find a way to stop players such as Kyogo Furuhashi, Liel Abada and James Forrest with new boys Jota and Georgios Giakoumakis also to be factored in on Saturday.

Mackay was part of Burns’ famous side that won hearts if not trophies with Paolo Di Canio, Pierre van Hooijdonk, Andreas Thom and Jorge Cadete in the 1990s.

He said: “I was in awe of some of the players I played with in that team.

“Paul McStay is the best player I have played with and he is in midfield.

“Di Canio, Van Hooijdonk and Thom up top – it was remarkable the players we had. Cadete was also involved. It was a swashbuckling Celtic side and that certainly looks to be the way this Celtic team has been playing over the last few weeks. They are forward-thinking just now.”

Mackay knows that when a team is offensive there are opportunities going the other way and that is what the Highlanders will be trying to exploit.

He said: “Everyone has strengths and weaknesses and it’s about finding them and then executing that. That’s every game you go into and it won’t be any different on Saturday.”

Jota came in from Benfica and Giakoumakis from VVV Venlo on transfer deadline day and Mackay admitted he has Enda Barron working overtime to get the inside track on the Celtic new boys.

“They’d already told me good things about him and I’m impressed. What I saw was calmness. Clearly they were going to bring players in and they have.

“Are they in as early as they wanted? Of course not. The chief executive has changed and there is a lot of flux. As far as I’m aware he’s come in in a calm manner and there’s a clarity in what he wants. They’re going about it in the correct way and are winning games.”

He also knows this Celtic team is under pressure to play catch-up to Rangers.

Mackay added: “I played in Tommy Burns’ team which was fantastic but we came up against a fantastic Rangers team.

“It looks tasty again, in terms of where that rivalry would be.”