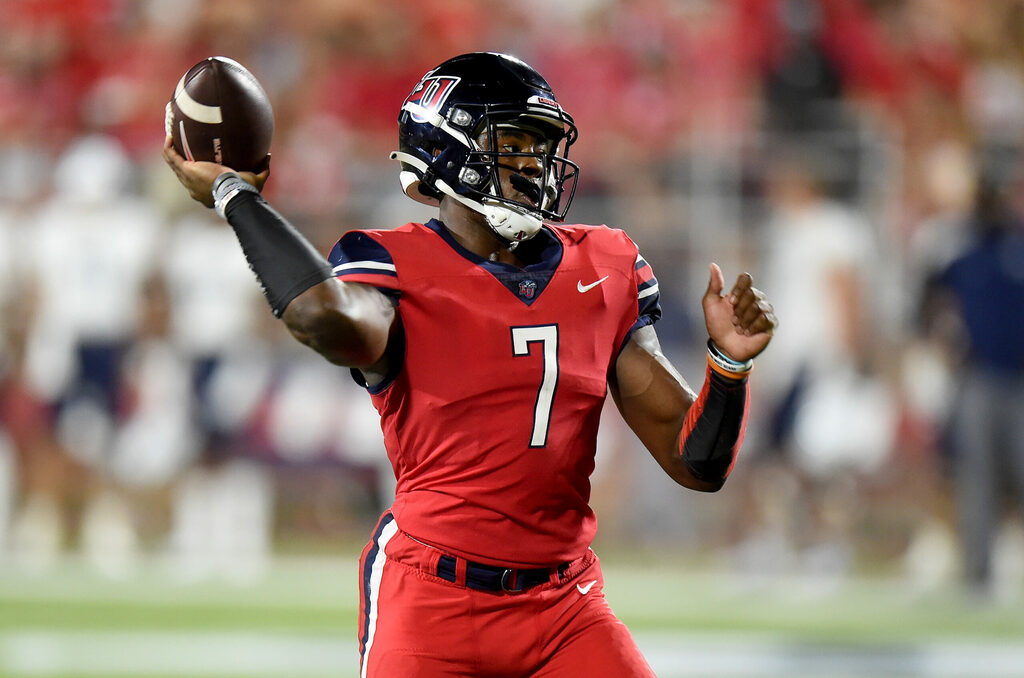 Titans QB Malik Willis has been putting in work ahead of rookie minicamp.

A look at the Titans' over/under win total and odds for 2022 following the release of the schedule.

Malik Willis and Ryan Tannehill appear to be off to a great start as teammates in Tennessee. However, Tannehill, who was the Titans’ 2021 starter, was not aware ahead of time that the franchise was selecting Willis in the ’22 NFL draft.

As a result, four days after Tennessee drafted the former Liberty star in the third round, Tannehill delivered some candid comments, saying he did not “think it was his job to mentor” the rookie. “...If [Willis] learns from me along the way, then that’s a great thing,” Tannehill said.

However, when Willis spoke with reporters about his relationship with Tannehill currently, the two seem as though they are on one accord.

“I mean, we chopped it up... It was never anything negative,” Willis said. “Ryan is a good dude. He had us over to the house… Everything is cool.”

Tannehill’s comments about mentoring Willis sparked conversation on social media with some saying Tannehill may be in fear of losing his job as the Titans starting quarterback.

While Tennessee signaled the possibility of preparing for the future in drafting Willis, Tannehill has two years remaining on his current contract and could potentially leave at the end of next season.

The 33-year-old completed more than 67% of his passes and threw for 3,734 yards, 21 touchdowns and 14 interceptions during the 2021 season. Tannehill is also 30-13 as a starter in three seasons with Tennessee.

However, if the 2019 Pro Bowler shows signs of not fulfilling his role of leading the offense, Willis will not shy away from a chance to prove that he can win at the NFL level. At Liberty, Willis threw for 5,000 yards and 47 touchdowns in 23 games, while also rushing for more than 1,800 yards and 27 touchdowns.

For more Tennessee Titans coverage, go to All Titans.

Titans QB Malik Willis has been putting in work ahead of rookie minicamp.

A look at the Titans' over/under win total and odds for 2022 following the release of the schedule.