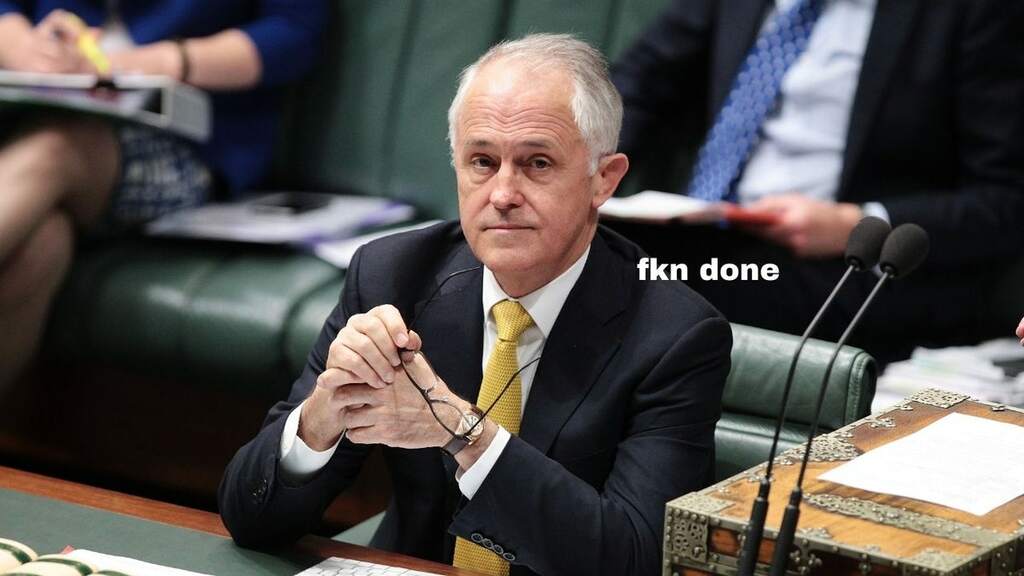 Former Prime Minister Malcolm Turnbull has slammed former Attorney-General Christian Porter, and in parts, Scott Morrison, over the fact that the Federal Minister has no fkn clue who is funding his defamation suit’s legal fees.

Turnbull joined ABC journalist Fran Kelly‘s RN Breakfast radio show on Wednesday morning to absolutely rip into Porter, whose legal fees were paid by a blind trust with funds from an unknown source.

Porter’s legal fees are estimated to be as high as $1 million.

“What Porter’s got here is not a blind trust, because he has not disclosed who the trustee is, the money is clearly not his, it’s been contributed by others, and we don’t know who those others are,” Turnbull said.

I don’t think that is acceptable in public life. But Porter’s case is much worse than a conventional blind trust because we don’t even know where the money came from. It is so wrong.

Under the Turnbull government, The Foreign Donations Bill was introduced in 2017, which established a ban on foreign donations of more than $100 to political parties.

Naturally, it is incredibly important that politicians, like Porter, be transparent with who on Earth is giving them money.

Malcolm Turnbull says “I will be staggered if the PM allows this to stand” regarding the blind trust payment of Porter’s legal costs.
Please, the PM turned a blind eye to a rape allegation. Let’s not kid ourselves he will suddenly develop ethical standards.

“This is an absolute affront. I am that staggered that Porter thought he could get away with it, and I will be even more staggered if the PM allows this to stand,” Turnbull continued.

“If he does not know the identity of the donor, he should not accept the money. Full stop… political parties can’t take money from anonymous donors.”

“What Porter is saying is that it’s ok for an Australian cabinet minister, a former Attorney General, to take large donations to himself without disclosing who the donor was… it is so wrong, I’m astonished,” said Turnbull.

“If politicians are allowed to accept anonymous gifts, where does that end? This flings open the door to such extraordinary aggregation of responsibility and accountability, there should be absolute outrage.”

I never thought I’d say it but Turnbull is out here making many a valid point.

It’s important to note that there’s no requirement to register a trust in Australia, so Porter himself isn’t doing anything illegal by not disclosing where the money is coming from, but this raises far too many questions for us to feel comfortable about it.