Malayalam actor Rizabawa passes away at 55 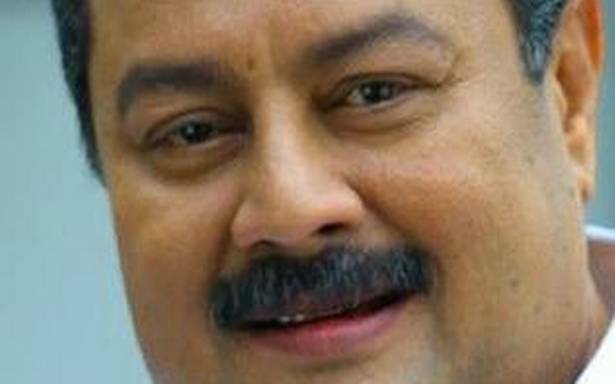 Rarely has a Malayalam actor come to be identified for a single role he did early in his career as much as Rizabawa did as John Honai, the menacing villain from In Harihar Nagar that came out in 1990.

So much so that when he passed away on Monday afternoon at the age of 55, the first reference almost everyone made was to John Honai, despite the more than hundred films and television serials Rizabawa acted in since.

The actor was under treatment at a private hospital in Ernakulam for kidney-related ailments. He was under ventilator support for the past few days.

Rizabawa began acting during his school days, following in the footsteps of his father, Ismail, who was active in the theatre circuit. After a few years on the stage, Rizabawa made his silver screen debut in 1984 with Vishupakshi, which was never released.

Six years later, he landed the male lead role of Pappan in Dr. Pasupathy, directed by Shaji Kailas. However, actor Innocent stole the limelight with the title role of a veterinary quack.

Things took a turn with Siddique-Lal’s In Harihar Nagar that released the same year, which made Rizabawa a familiar face for the Malayali audience. Accompanied by S. Balakrishnan's catchy background score that was played every time John Honai appeared on the screen, Rizabawa stole the show with his chilling villainy in the comic caper.

Since then, he has acted in more than 120 films, in character roles as well as that of the antagonist. However, none of these perhaps managed to catch the eye quite like John Honai did, although the actor did put up commendable performances. His popular films include Aanaval Mothiram, Kabooliwala, Aniyan Bava Chettan Bava, Pokkiri Raja, Georgekutty C/o Georgekutty, Vismayathumbathu, Nerariyan CBI, Cover Story, Hallo, Paradesi and Bandhukkal Shathrukkal. He was last seen on the big screen in the Mammootty-starrer One, released earlier this year. He also acted in several television serials.

Rizabawa put his voice to good use as a dubbing artiste as well. He secured the State Film Award for the best dubbing artiste for Karmayogi starring Indrajith Sukumaran in the lead, lending his voice for Thalaivasal Vijay.

Condoling his death, Chief Minister Pinarayi Vijayan said that Rizabawa had found a place in the hearts of Malayalis through some notable characters.