The team behind a pre-election Hunter youth survey says the campaign is producing nothing to address young people's "pessimism" and struggles with mental health.

Youth Committee for the Hunter member Gabriella Maughan said the survey had demonstrated how negative many young people were about their future.

"What stood out was the general pessimism across young people," the 24-year-old said.

"I've read through the Liberal and Labor policies, and there is hardly anything that addresses the future of young people, and I don't see that pessimism changing as a result."

Headspace founder and former Australian of the Year Professor Patrick McGorry told the Newcastle Herald on Monday that the next government needed to "stop focusing on the needs of middle-aged and older taxpayers and start focusing on the next generation".

The Hunter survey showed one in three young people were either "finding life a bit difficult" or "really struggling". Only 25 per cent reported being consistently happy with their lives.

"I think the COVID pandemic only exacerbated that, too. Certainly more needs to be done in that space."

The survey captured the views of 193 respondents aged 15 to 29, most of whom were from the Lower Hunter.

It found the top issues concerning young people were cost of living and financial security (20 per cent), housing access and affordability (15 per cent) and climate action (13 per cent).

Forty-three per cent of respondents thought they would never own a home.

Seventy per cent of respondents said not enough was being done to address climate change.

Almost 90 per cent of female respondents said they did not feel safe going out at night, compared with 11 per cent of young men.

Forty-one per cent predicted they would have to leave the Hunter to achieve their professional goals.

Ms Maughan, who studies at Newcastle University and works at an inner-city law firm, said she was concerned about housing affordability.

"I've worked full-time throughout my degree, and as a single woman the chances of me owning a home, despite the effort I've put into my career and my education, it's not there," she said.

"And that's acknowledging I have to make sacrifices to get to that point.

"The cost of living is not something I can control."

Ms Maughan has been living at home since June last year after the rent on her shared accommodation jumped $100 a week.

"Not everyone in our demographic has a support system to fall back on like that," she said.

"Not everyone can move back in with their parents."

She said governments should spend more time consulting young people and acting on their priorities.

"There's a lot of talk and no action, and that frustrates me beyond belief."

She said government programs to help people into the property market "don't address the root cause of why houses are unaffordable for young people".

"If you have young people paying astronomical amounts of rent, who can't save for a deposit, to then leverage the first home buyer's grant, it's redundant."

Ms Maughan said petrol prices were another burden on young people "because you can't rely on public transport in the Hunter".

Mr Shoesmith said housing "unaffordability" had "sprung up" in the Hunter in the past few years.

"Previously it might have been thought of as a Sydney and Melbourne problem, but ... it seems like every few months the Herald is reporting a new record house price for Newcastle and Lake Macquarie.

"Tax cuts don't go far enough. It's a drop in the ocean, so a more targeted response to ease the cost of living for young people."

The survey found 46 per cent of young people had lost income during the pandemic.

Mr Shoesmith said the region needed more planning from government to "ensure the continued prosperity of our region in the face of economic diversification". 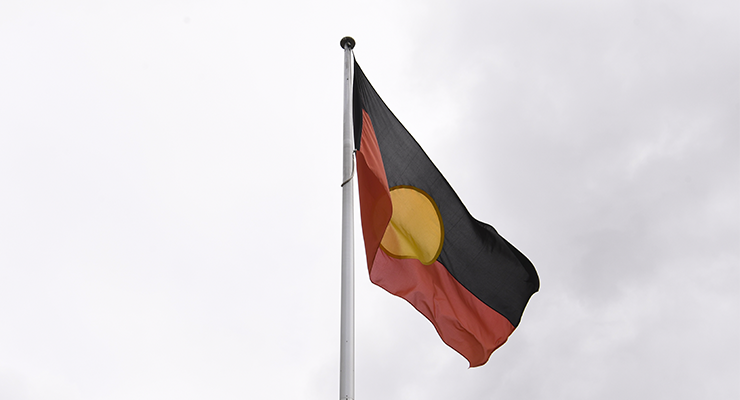 Crikey
One subscription that gives you access to news from hundreds of sites
Election shows older generations 'letting down' the young, again

Newcastle Herald
Young voters will inherit a hotter, more dangerous world – but their climate interests are being ignored this election

While there was plenty of heat in Sunday’s night’s debate between Labor and Coalition leaders, one issue was barely mentioned:…