New Zealand’s biggest king salmon farmer says it is shutting some of its farms after warming seas prompted mass die-offs of fish, warning that it is a “canary in the coalmine” for climate change.

New Zealand is the world’s largest producer of king, or “chinook” salmon, a highly valued breed which fetches a premium on the world market. The country’s farms account for about 85% of global supply, New Zealand King Salmon chief executive Grant Rosewarne said.

Now, increasingly warm summer seas mean the fish at some sites are dying en masse before they can reach maturity, leaving farmers dumping thousands of tonnes of dead fish into local landfills.

“There should be alarm bells,” Rosewarne said. “When I joined this company, I never heard of the term ‘marine heatwave’…. Recently, there’s been three of them.

“We thought we had more time,” Rosewarne said. “Climate change is a slow process but faster than many people think – certain industries are … canaries in the coalmine.”

“We thought that climate change is a really slow effect, detected over decades – and possibly we’ve got, two decades before we’re even impacted. Well, within one decade we were impacted.”

It’s considered usual for a small percentage of farmed fish to die each year, but warming temperatures have significantly increased those deaths. In 2022, the King Salmon Company’s “percentage mortality of biomass” for the fish was up to 42% in warm water areas where the fish were not towed to cooler zones; compared to 17% in 2018. Even when the fish were towed out to cooler waters, many were dying: 37% in 2022, compared to just 10% in 2018.

Over the summer months, hotter water temperatures, heated by warm currents coming down from the coral sea, had pushed some of the farmed populations over the edge. “We see [temperatures] elevated by a full degree – I know that doesn’t sound much to people, but a full degree is huge for our species,” he said. “If you get to 18 degrees for two weeks, then you have a mass mortality event on your hands.”

According to RNZ, trucks taking dead fish out of the area had dumped 1,269 tonnes of dead fish and waste in Blenheim’s landfill over the summer – 632 tonnes in February alone, seven times last year and up from the 194 tonnes dumped in February 2020.

Now, New Zealand King Salmon will “fallow” three of its farms in the warmer Pelorus sound area, keeping just one open to run trials. The company is hoping to be allowed consents from the government for water space where it can farm the fish in cooler waters. 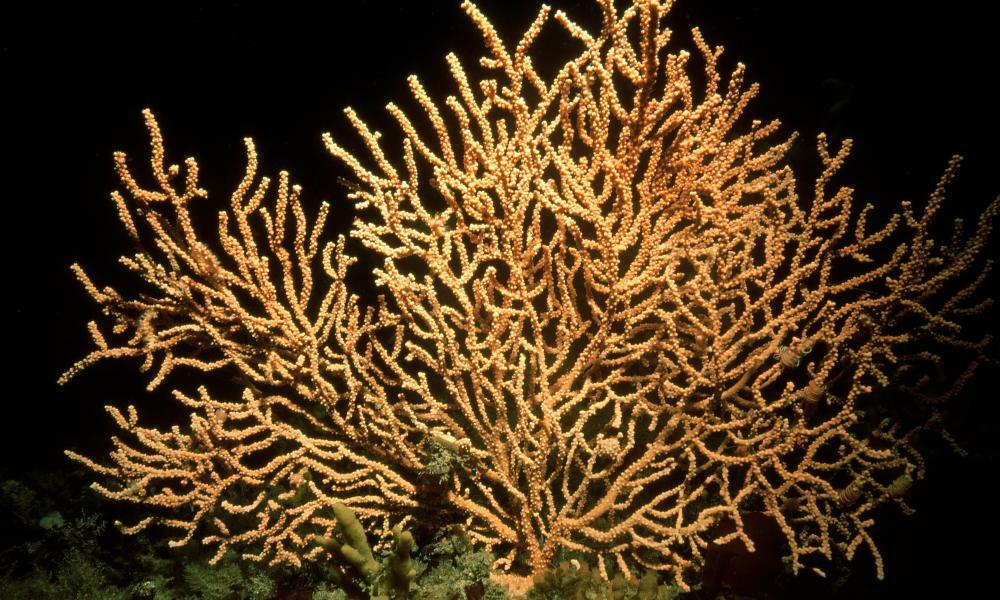 One of UK’s rarest corals set to expand its range as climate change warms seas
Pink sea fan, at risk from bottom-trawling, predicted to spread northwards around coast up to Scotland as sea temperatures rise

The Guardian - UK
One subscription that gives you access to news from hundreds of sites
Climate change increased probability of heatwaves by a factor of 30: WWA study

Basra was known for farming, but rising temperatures, increased water salinity, and desertification, have changed that.