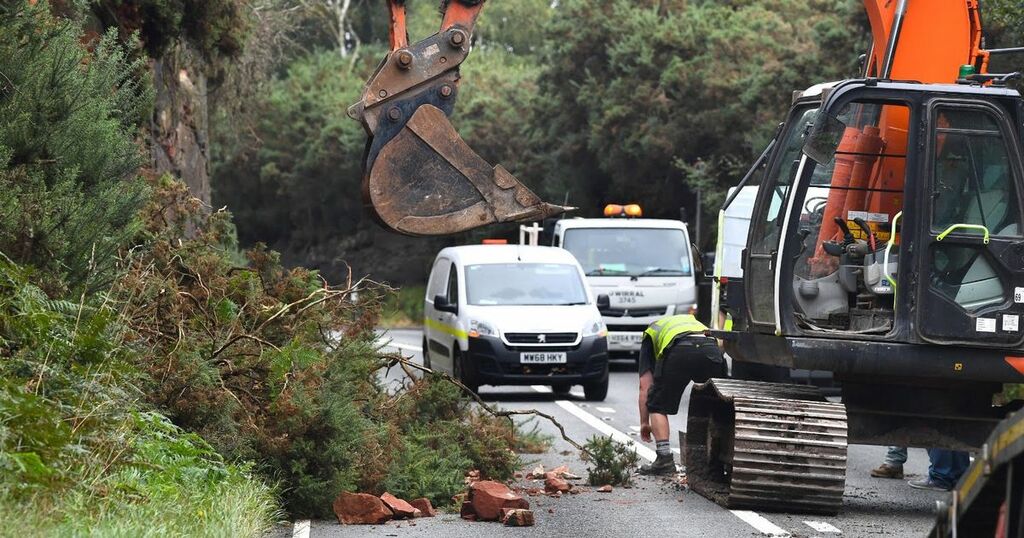 Motorists are being asked to avoid an area of Wirral after a major landslip caused a road to be closed.

Emergency services were called into action at around 2pm on Friday, September 10 after receiving reports of a landslide in Thurstaston.

Once Merseyside Police arrived at Telegraph Road in Wirral, they found a large amount of sandstone had fallen onto Telegraph Road.

Nobody is believed to have been injured by the landslide but Merseyside Police and Wirral Council have put a road closure in place up to Montgomery Hill, including the roundabout by the Cottage Loaf pub, for the safety of the public and to clear up rubble.

A spokesperson from Wirral Council said: "A large section of sandstone has fallen on to the carriageway on A540 Telegraph Road. A full closure has been requested between Thurstaston roundabout (near the Cottage Loaf) and Caldy roundabout.

"Contractors are currently attending to remove the debris and this should take approx 1 – 2 hours. Motorists are being advised to avoid the area and take alternative routes."

Merseyside Police and the council are both asking motorists to avoid the area and take alternative routes.

A spokesperson from Merseyside Police said: "At around 2pm we received a report of a landslide on Telegraph Road.

"No injuries have been reported but road closures are in place in the area while the rubble is being cleared.

"Telegraph Road towards Montgomery Hill, including the roundabout by the Cottage Loaf pub, is closed and motorists are advised to avoid the area."

It comes after torrential rain and flooding hit Merseyside yesterday.