FLOODING at Maitland is expected to peak on Monday afternoon, the Bureau of Meteorology warns, with the Hunter urged to expect more severe weather later in the day.

Moderate flooding is expected to hits parts of the Hunter throughout Monday after Sunday's heavy rain, with more falls forecast to arrive in the region later in the day.

Residents along Wollombi Brook were on Monday told to prepare for "isolation and possible evacuation" as the region's rivers continue to rise amid the state's heavy rain.

Meteorologists said they expect the brook to peak at about 3.7 metres on Monday evening,

A severe weather warning also remains in place for the region, with drier air expected to push north through the state later on Monday.

"Rainfall over the Sydney Metropolitan and Illawarra districts will ease this afternoon as showers and rain areas contract northward to the Hunter district," the Bureau of Meteorology warned late on Monday morning.

"Light to moderate rainfall is expected to continue across the Hunter into Tuesday.

"Although rain rates have generally eased, heavy which may lead to flash flooding is still possible today in the Illawarra, Blue Mountains, Sydney Metropolitan, and parts of Hunter (including Central Coast) districts."

Isolated three-hourly rainfall totals between 50 to 75 mm are possible, the bureau warned, an update on earlier estimates of falls between 60 and 100mm over six hours.

The heavy falls already in rain gauges have caused havoc across the road and transport networks.

Transport for NSW has warned that services across its network, including the lower Hunter, may be hindered by heavy rain and flooding this week.

Chief operations officer Howard Collins urged people to avoid non-essential travel during the disruptions, which may include buses replacing trains on swamped lines.

"Localised flooding has resulted in temporary speed restrictions being placed on some parts of our rail network, which could impact service reliability over the coming days," he said on Sunday.

"Our rail engineers are monitoring conditions and undertaking regular inspections of the network to ensure safe operations. We're asking customers to please keep updated with any necessary service changes due to flooding and avoid any unnecessary travel."

Bureau of Meteorology data showed uneven falls across the Hunter. The Nobbys station recorded 21.2mm of rain in less than 24 hours to 7.30am Monday, with 119mm at Tocal and 59.8mm recorded at Williamtown in the same period.

In the same period Maitland Airport notched 162mm, with 65.6mm at Cooranbong and 49.4mm at Merriwa.

At Maitland, the Hunter river is expected to peak at minor flooding near the Belmore Bridge on Monday afternoon.

People are urged to monitor emergency warnings, stay clear of flood water, and raise moveable items as high as possible before the waters arrive.

For emergency help in floods and storms, call the NSW State Emergency Service on 132 500. 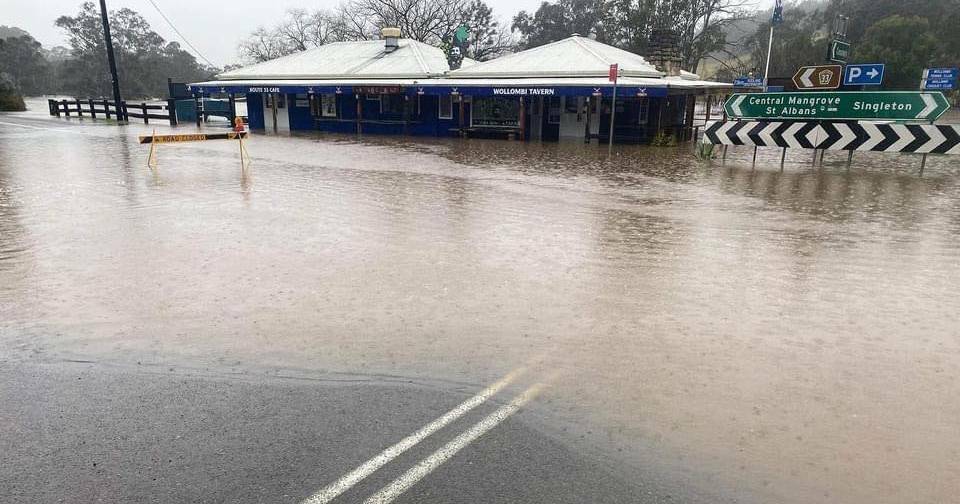 Newcastle Herald
One subscription that gives you access to news from hundreds of sites
NSW floods: thousands evacuated from rising waters as Sydney braces for more wild weather

East coast low weakening, but up to 100mm of rain expected to lash Sydney on Monday morning

The Guardian - AU
'Worst may be yet to come': Hunter escapes brunt of Sunday's heavy weather

The weather-front battering the state's east coast is forecast to get worse before it gets better, with wild winds, rough…

SES warns of flash flooding, overflowing rivers and coastal erosion with torrential rain forecast across the Illawarra, South Coast and…

Parts of New South Wales have had more than 700mm of rain since the floods hit, with record July rainfall…

An east coast low may form within the trough during Sunday and linger until Monday, which will prolong this significant…