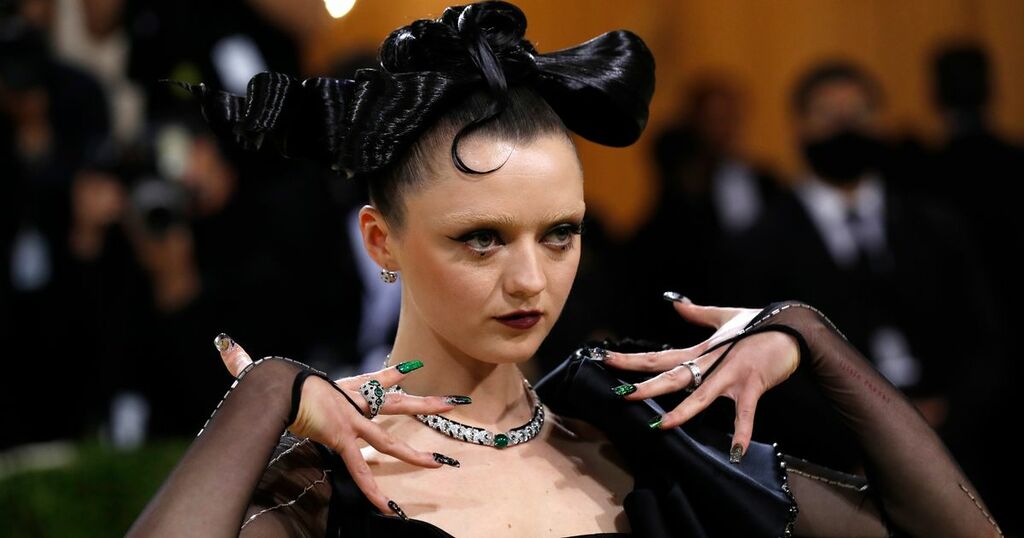 Maisie Williams provided one of the 'wow' moments on this year's Met Gala red carpet.

The Game of Thrones actress, 24, ditched her bleach blonde hair and shocked onlookers as she went back to black in New York.

The actress took on board this year's "In America: A Lexicon Of Fashion" theme at the New York's Metropolitan Museum as she showcased a gothic look in an all black leotard with long train.

She complimented the outlandish dress with black heeled shoes and tights complete with jewelled detailing. Her extravagant hairdo looked unmovable as it sat firm in a dramatic bow on top of her head.

And the star finished off her gothic style with dark eyeshadow and liner for added effect, as well as a dark red lip and black and green nails.

She accessorised her choice of attire with a stunning and elegant necklace with green pearl.

She explained how the sustainable outfit was designed by boyfriend Reuben Selby.

Maisie told E! News that the body suit was inspired by The Matrix franchise, which has a new instalment coming out later in the year.

She said: "It was designed by Reuben Selby, who is my boyfriend, and it's inspired by The Matrix. I have my coat and my Matrix nails. I've grown up on these American icons—women in film, these heroines.

"It shaped the woman that I became, and so it kind of made sense for me to honour those people tonight."

And she also described how her elaborate headpiece took a lot of intricate planning in the days running up to the event, even though it only took about two hours to put it all on her head on the day.

"I don't really like to take too long, and they nailed it in a very short amount of time," she admitted.

It seems like the planning and designing paid off as most fans flocked to Twitter to compliment her for her design.

Another agreed: "Almost did a double take looking at Maisie Williams!"

Some fans though claimed they could see an "Edward Scissorhands resemblance".

One user commented: "Maisie williams looks like she belongs in edward scissorhands #MetGala."

Another wrote: "Maisie williams' looks is supposed to a take on the Matrix? I got Edward Scissorhands. #MetGala"